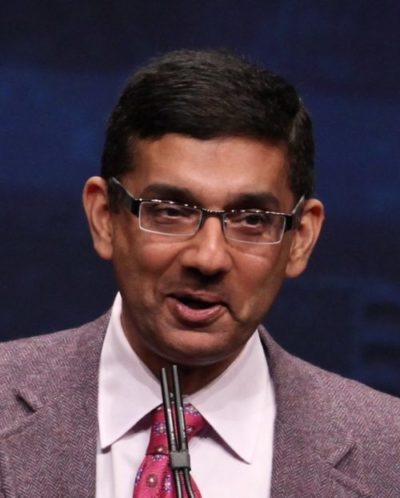 After fighting a few of these battles, I still believe it is worth it.

I thought about this question again while watching Princeton historian Kevin Kruse take on Dinesh D’Souza. Kruse created a thread of over 120 historians who either debunked or expressed criticism of D’Souza’s historical writings. For his part, D’Souza seems to thrive on Kruse’s attention and shows no awareness of the significant rebuke by historians of many ideological stripes (left, center, right). D’Souza had this to say in response:

Whoopdee-do. These are left-wing historians mostly from second rate instututions that cover up the racist roots of progressivism and the Democratic Party. To quote FDR, “They hate me and I welcome their hatred” https://t.co/wgbAxbQtNG

It is obvious that D’Souza will refuse any expert correction. If anything this emboldens his efforts to cast himself as smarter than the academy.

D’Souza’s response, while more brazen and rude, is similar to how other historical revisionists respond to public correction. For many years, David Barton was effectively and accurately debunked by Rob Boston, Chris Rodda, and others. However, Barton and his followers dismissed them as unbelievers who attacked him because he was a Christian. When the criticism started coming relentlessly from within the church, things changed. Eventually, Barton’s book on Jefferson was pulled from publication and he was stung by the scrutiny from once friendly sources.

Those who follow this blog know that Barton made a come back. He eventually published a second edition of The Jefferson Lies with World Net Daily. Barton, pal Glenn Beck, WND claimed that political correctness at Christian publisher Thomas Nelson doomed The Jefferson Lies. However, the evidence contradicted that claim.

Before and after Barton’s book was pulled, numerous Christian historians weighed in against Barton’s writing. Along the way, over 40 Christian historians, some of them quite conservative politically, expressed publicly their criticisms of Barton’s historical claims. It is simply impossible to make a case that the criticism of Barton is based in ideological difference.

Has it made a difference?  I don’t think there is a good way to know for sure.  One can never erase the unprecedented removal of a book from publication. I feel certain Christian history professors are more aware of the issues than ever before. It appears to me that more are speaking out and engaging the public on questions of religious influences during the founding era. I also see fewer instances of false stories such as Congress printed the first English Bible and Jefferson gave his Bible to the Indians as indications that America is a Christian nation.

So what has Barton done? With so many academic Christian historians calling him out, he attacked them back by questioning their Christianity and their expertise. He even attacked Christian colleges and universities. He warned parents to think twice before sending students there. He came up with his approved list of schools where the history departments apparently approve of him. Barton shows no signs of stopping his work recruiting legislators to his brand of Christian nationalism.

Here is a sign of progress. That list was very small with about 10 schools mentioned. Many were small Bible schools. One, Ecclesia College in Arkansas, became embroiled in a fraud and kickback scandal leading to the jailing of the president.

Back to Kruse and D’Souza: Now that Kruse has compiled this list, people who need a quick response to D’Souza defenders have a resource. While an insufficient answer to D’Souza’s overall message, it is a response to D’Souza’s claim that his work is historically sound. Like Barton, D’Souza may yet find a few professors who are willing to put their reputation on the line to support him. If so, the issues will continue to be exposed to more people which will further discredit D’Souza in the long run.

I have watched Kruse and D’Souza for months now and the pattern is that D’Souza makes a claim, Kruse answers, and D’Souza goes silent or responds with an insult. Now that Kruse has confronted several of D’Souza’s claims, this pattern has become clear. That alone has made the effort worth it.