In an email to supporters and a You Tube video, Mark and Grace Driscoll have announced the formation of The Trinity Church. I reported late last year that Driscoll had formed the legal corporation along with Jimmy Evans and Randall Taylor.  At the time, I asked rhetorically if the launch would be in January. I was close.

The website is TheTrinityChurch.com. The church is named after Grace Driscoll’s home church in the Seattle area. So far, the church is a P.O. Box (see some pics here).

In what appears to be comparable to Mars Hill Church’s Board of Advisors and Accountability, Driscoll lists four pastors as providing “wise counsel”: Larry Osbourne, Randal Taylor, Jimmy Evans, and Robert Morris. These pastors have “apostolic gifting.”

Mark and Grace Driscoll have pastors with apostolic gifting who love them, know them, and are invested in them.

We learn from, respect, honor and seek wise counsel from the following leaders, their families, churches and ministries. We also appreciate those ministry leaders praying for and supporting our church plant.

Josh McDowell and Wayne Grudem are on the prayer team. UPDATE: Without note, Wayne Grudem’s name has been removed from the list of prayer supporters.

Andy Girton and Brandon Andersen are listed as associate pastors.

Apparently, it is forbidden to mention Mars Hill Church.

Although the incorporation papers say the church won’t have members, The Trinity Church website says the following about membership:

Once the church is established, a class and process for spiritual church membership will be offered.

Sounds similar to Mars Hill in that spiritual members didn’t vote. Legally, they weren’t members for the purpose of being involved in the business of the church.

The board of directors from the Arizona state corporation website is below:

Click the following links for the posts covering The Trinity Church, Mars Hill Church, and Mark Driscoll.
UPDATE: After the post was published, I noticed another video on Driscoll’s You Tube page, published today. Watch:
[youtube]https://www.youtube.com/watch?v=FWI06YsSa3s[/youtube]
Here he describes the church plant again, but dressed in different clothing. I think the first video about the church plant was shot back in early December based on the clothing and scenery in this December 7 video. 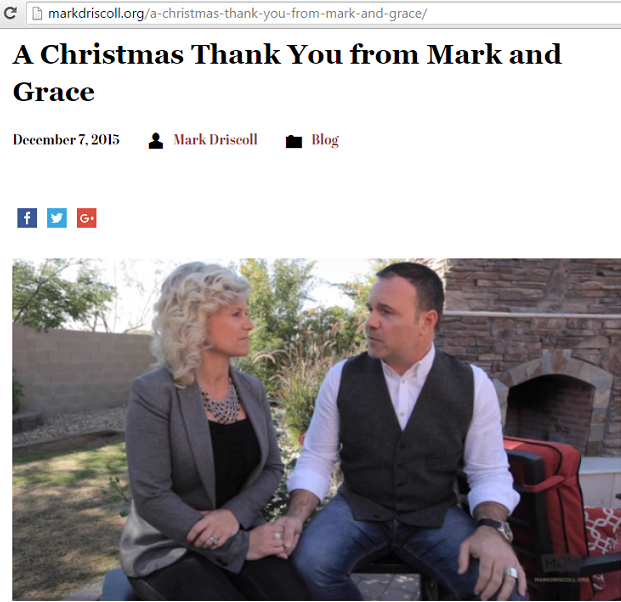