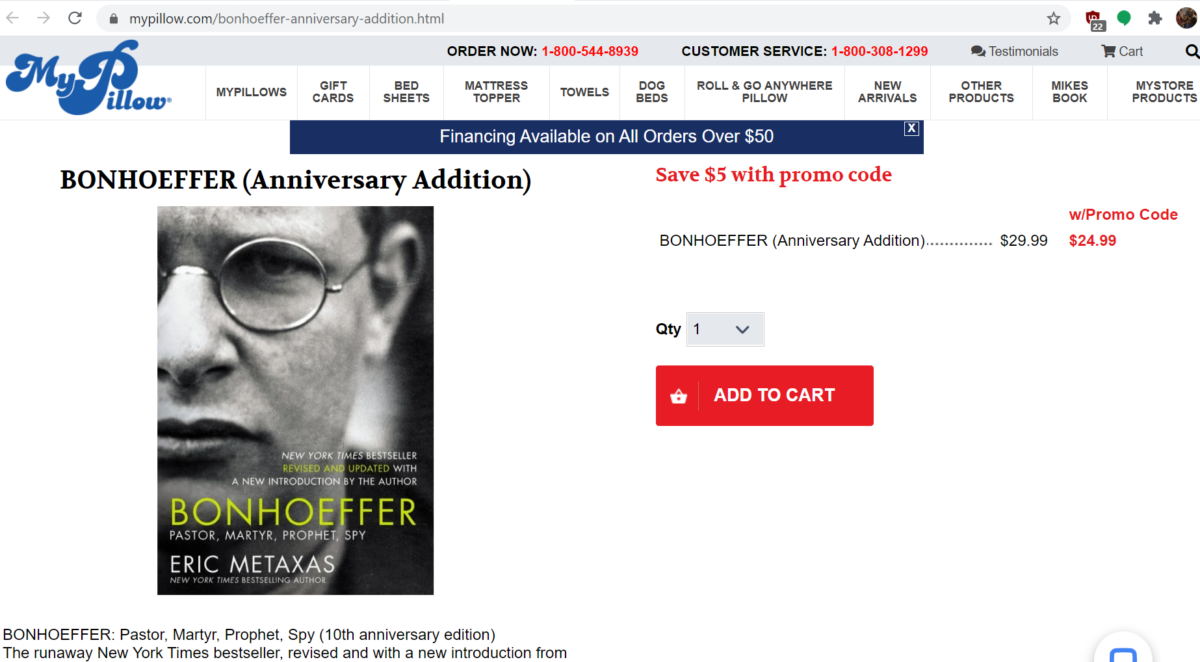 Even after the Electoral College voted to elect Joe Biden as the next president, former Christian intellectual Eric Metaxas insists Trump will have a second term.

Buckle your seat belts! it's going to be a bumpy ride to Trump's second Inauguration! https://t.co/MOtNus98kk

The new strategy is for the House and Senate to overturn the vote of the people.

A few Trumpublican Congressmen and Sen. Tommy Tuberville (R-AL) plan to contest the Electoral College vote. Surely, this won’t go anywhere because both the House and Senate would have to vote to negate the vote. This will not happen.

It is worth noting that one of Metaxas’ new favored resources is the Epoch Times, a newspaper tied to the religious group Falun Gong. On the upside, the Falun Gong opposes the Chinese Communist regime; on the downside, the Epoch Times has embraced QAnon and other conspiracy theories, including the voter fraud claims. Instead of questioning the sources, Metaxas appears to seek sources which feed him what he wants to hear.

It is hard to see where Metaxas goes after this is over. Here is a clue:

If you click the link in the tweet, you go to an ad for a My Pillow “Anniversary Addition” of his Bonhoeffer book. 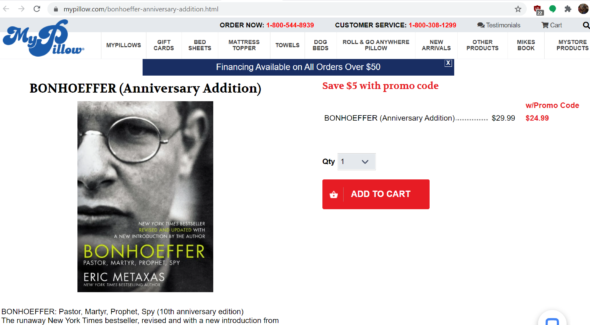 Bonhoeffer selling pillows; pillows selling Bonhoeffer. Doesn’t seem fair that Bonhoeffer doesn’t even get a My Pillow with him as he is turning over in his grave.