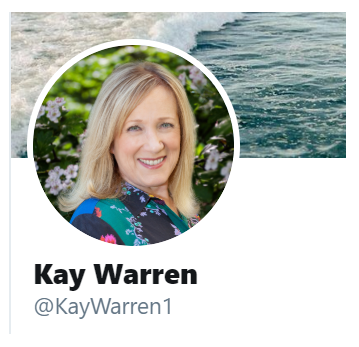 This is what I have been waiting for.

I am appalled that the POTUS repeatedly (listen to his words all those who would @ me) encourages physical violence toward those who oppose him in rallies. This is not leadership. It’s not even adult behavior. This is childish foot-stomping at best. https://t.co/PKhOlIVjG9

I don’t know Mrs. Warren politics. She may plan to vote for Trump, but she knows the actions of a demagogue when she see them. More than that, she called Trump out on his behavior. Imagine that, a high profile evangelical leader calling out POTUS in a sharp and direct manner. No weasel words about both sides, blah, blah; she laid it out.

Beth Moore commented on her tweet. I did not see any other high profile evangelicals. Now I realize that not everybody has to comment on every issue on Twitter and I also know that Trump has an outrage an hour so it is easy to miss some.

I will say that Warren modeled what evangelicals could do if they just would. Even those who end up voting for Trump should call out his bad behavior and risk a disapproving tweet from him. Evangelicals are most of his support right now. If they rose up and said enough, they would have some clout. Instead, most of the leaders (Jeffress, Metaxas, Graham, Morris, etc.) seem to resonate with Trump as demagogue.