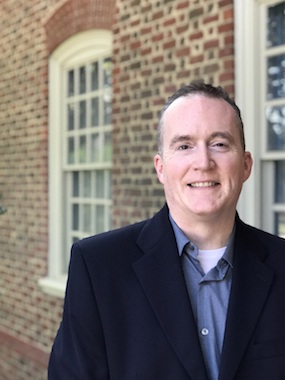 I released the advocacy film “I Do Exist” in July 2004. It was supposed to be a documentary style account of five former gays who had become straight through religious means. I showed the film at a conference of change therapists in November of that same year to great fanfare. It was shown all over the world, but ultimately it was not an accurate portrayal of reality for at least 4 of the participants. Gradually over the next couple of years, I became aware of that and stopped selling the video in early 2007.

My experience with “I Do Exist” drove me back to the research on change and sexual orientation. After realizing that I had been moving in the wrong direction with my earlier claims, I  became a critic of reparative therapy. I chronicled that change on this blog from the beginning in July 2005. All of the posts on reparative therapy and sexual orientation change efforts in general would take hours to review. That story is summarized in this Yahoo News account by Jon Ward.

However, I did not simply criticize change therapy, I wanted to find an alternative for people who struggled morally with their sexual orientation. In 2005, I began a process of developing a framework to help guide therapists who worked with religious clients conflicted by their sexual orientation. Right away, I asked Mark Yarhouse to collaborate. By 2006, we came out with the sexual identity therapy framework. Mark and I discuss that story in this interview.

Of the two of us, Mark has been the prolific writer and researcher. His book Sexual Identity and Faith contains applications of the SIT framework and I recommend it for that purpose. I have multiple posts about the framework on the blog and those can be found here.

In addition to talking over our work together, Mark describes his more recent work with Revoice and gender identity. Thanks to Mark for taking time to reminisce.

Dr. Mark Yarhouse is a clinical psychologist who specializes in conflicts tied to religious identity and sexual and gender identity. He assists people who are navigating the complex relationship between their sexual or gender identity and Christian faith. He is the Dr. Arthur P. and Mrs. Jean May Rech Professor of Psychology at Wheaton College, where he runs the Sexual and Gender Identity (SGI) Institute. He is an award-winning teacher and researcher. He was a past participant with the Ethics and Public Policy Center think tank in Washington, DC, and he was named Senior Fellow with the Council of Christian Colleges and Universities to conduct a study of students navigating sexual identity concerns at Christian colleges and universities. He has been a consultant to the National Institute of Corrections to address issues facing sexual minorities in corrections, and he was part of a consensus panel from the American Psychological Association on sexual orientation and gender identity change efforts that convened to provide input to the Substance Abuse and Mental Health Services Administration in Washington, DC.  He is currently the Chair of the task force on LGBT issues for Division 36 (Psychology of Religion and Spirituality) of the American Psychological Association. He was also invited to write the featured white paper on sexual identity for the Christ on Campus Initiative edited by Don Carson for The Gospel Coalition.

He has published over 80 peer-reviewed journal articles and book chapters and is author or co-author of several books, including Understanding Sexual Identity: A Resource for Youth Ministers and Understanding Gender Dysphoria: Navigating Transgender Issues in a Changing Culture. His most recent books are Sexual Identity & Faith and Costly Obedience: Listening to and Learning from Celibate Gay Christians. (this is the book where the celibacy research is reported)


According to the New York Times, psychiatrist and author of the third edition of the American Psychiatric Association’s diagnostic manual Robert Spitzer died on Christmas Day. Spitzer is credited with changing the way mental health professionals view diagnosis of mental disorders. By basing the assessment of mental disorder on personal distress and diminished functioning, Spitzer promoted a more rigorous approach to diagnosis.
More famously, Spitzer’s modifications also paved the way for reconsidering homosexuality as a mental disorder. After meeting gay psychiatrists who did not experience distress over homosexuality, Spitzer, in the early 1970s, led the effort to remove homosexuality from psychiatry’s list of mental disorders.
I first talked to Bob Spitzer when he invited me to take part in a debate over sexual orientation change efforts at the American Psychiatric Association meeting in 2000. The debate was canceled when, near the beginning of the conference, the two psychiatrists arguing against sexual orientation change backed out. Bob later told me that the psychiatrists who declined to participate wanted out because they heard that I was a member of the National Association for the Research and Therapy of Homosexuality (NARTH). While I had been a NARTH member for one year in 1997, I had allowed my membership to lapse by 2000. An irony is that I later became one of NARTH’s biggest critics. Bob knew I tracked NARTH’s actions and about once a year asked about any news on their activities.
Although I was unable to attend, the following year Bob invited me to speak as a part of a symposium where he presented results of his research on ex-gays. Eventually, that study was published in 2003 in the Archives of Sexual Behavior and was one of the most controversial studies in modern psychiatry. At the time, due to his conversations with people who described themselves as ex-gay, Spitzer believed that some gays had been able to modify their sexuality toward the straight side of the continuum. Later, in 2012, Spitzer retracted that interpretation of his research, denounced his earlier beliefs, and apologized to gays.
In 2004, I met Bob Spitzer in person and spent a few hours at his home near New York City while filming for the video I Do Exist, a video with the testimonies of five people who told me they changed from gay to straight. Because one of the main participants retracted his statements and two others had significant changes, I later retracted the video in January 2007. My views were also altered by the emergence of new data on sexual orientation and the failure of change therapy supporters to produce evidence in their favor.
After he published his study, Bob’s collaboration with social conservatives was something he later regretted. On one occasion in November 2008, I sent him a link to Focus on the Family’s website where they had misrepresented his study. He wrote back and said, “That is awful. Whoever wrote it must have known it to be incorrect. Can you do something about it?” Focus later modified the statements slightly but still did not fully represent Bob’s views.
In 2007, Spitzer told me in a phone call that he endorsed the sexual identity therapy framework that I developed with Mark Yarhouse. The endorsement was later published on the SIT framework site:

I have reviewed the sexual identity framework written by Warren Throckmorton and Mark Yarhouse. This framework provides a very necessary outline to help therapists address the important concerns of clients who are in conflict over their homosexual attractions. The work of Drs. Throckmorton and Yarhouse transcend polarized debates about whether gays can change their sexual orientation. Rather, this framework helps therapists work with clients to craft solutions tailored to their individual situations and personal beliefs and values. I support this framework and hope it is widely implemented.
Robert L. Spitzer, M.D., Professor of Psychiatry, Columbia University, New York State Psychiatric Institute, New York City, NY. Co-editor of the Diagnostic and Statistical Manual of Mental and Emotional Disorders, 3rd Edition and 3rd Edition (Revised).

On a personal level, I liked Bob immediately. He was friendly and very approachable. While he seemed to like the controversy, in my hearing he communicated no malice toward any side of the gay change debate. He seemed to be a genuine truth seeker and wanted to follow the evidence no matter what. I will miss him.
Bob Spitzer, R.I.P.