For reasons not clear, one of Ted Cruz’s Super PAC gave $500,000 to Carly Fiorina’s Super PAC back in June. And because “other disbursement” is not particularly clear, the FEC has launched an inquiry:

In the letter above, the FEC analyst referred to line 21b in Schedule B of the mid-year report. However, I learned today from the FEC that “21b” is a mistake and line 29 on Schedule B is the donation is question.  See the image below: 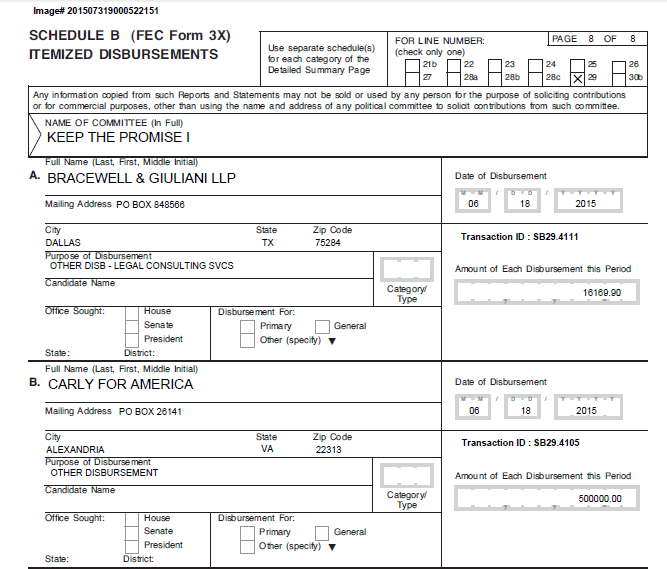 Neither Keep the Promise nor Carly for America have responded to requests for comment.
Some tweeters and emailers have wondered if this somehow connects Glenn Beck, David Barton, and Ted Cruz with Carly Fiorina. First, I have no idea why a Cruz PAC would give money to Fiorina. Second, Barton was not a part of the Keep the Promise Super PAC family of PACs until very recently. This disbursement to Fiorina’s PAC was made in June.