I think I know what the “big announcement” is going to be tomorrow.
Check out the letter below that was sent to prospective donors to the Mars Hill Church Ministry Center. This looks like the silent phase of a fund raising campaign. During the initial phase you go to big donors privately, let them in on the vision, ask their advice on marketing, and make a pitch for a gift. During this phase, organizations often hope to raise about half of what they want.
The executive elders announced the Northrup Way project to staff and elders in February as a $40 million project. The building has been leased by Mars Hill and it is being used now.
Could it be that tomorrow Mark Driscoll will announce the beginning of a campaign to buy 10700 Northrup Way in Bellevue?
According to Mars Hill Bellevue’s Facebook page, the atmosphere tomorrow will be festive with a bouncy house and food trucks. The party is billed as the launch of a series on I John with sermons by Driscoll planned until November. The atmosphere doesn’t seem like it will be conducive to a resignation or similar announcement. The letter below indicates that meetings with donors have been taking place during a pretty bleak time for Mars Hill. Apparently, the leaders are pressing ahead no matter what’s going on in the rest of the world.
The letter: 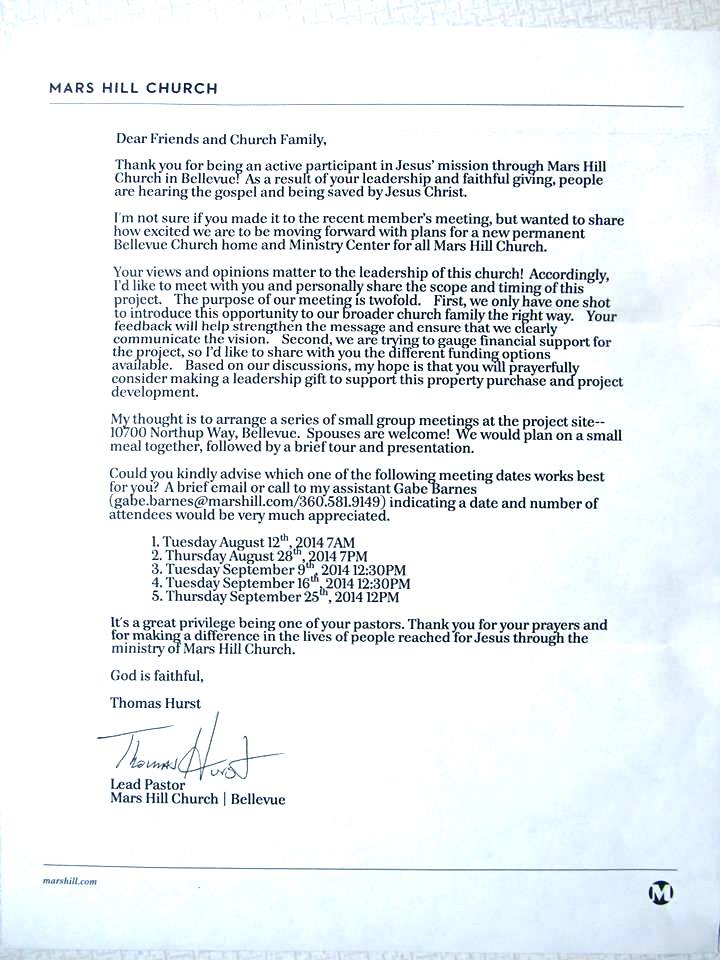 Obviously, I’m guessing on the announcement but, based on the letter above, the raising money during a difficult season strategy seems more certain. Even if Driscoll takes a break from ministry, I suspect he will provide an emergency plan for his executive elders to implement in his absence, this letter being part of that plan.
Stay tuned… 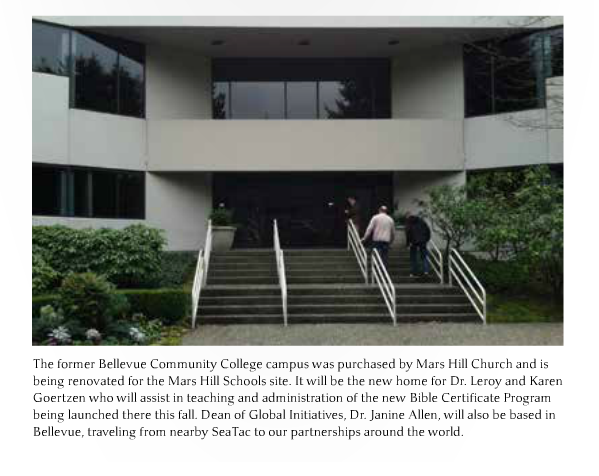