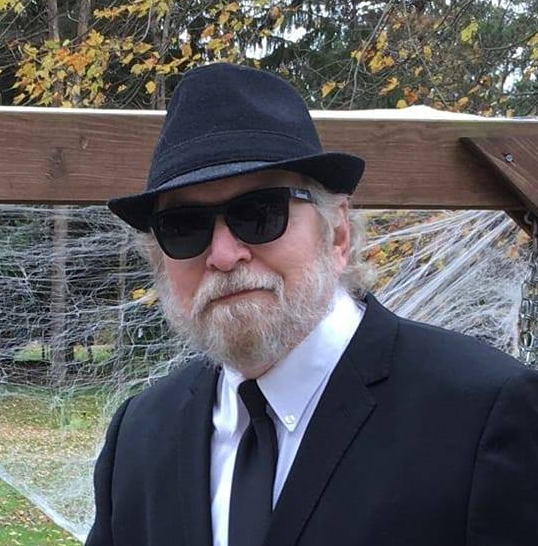 To contact Dr. Throckmorton with tips or comments off the blog, email warrenthrockmorton@gmail.com.

Presently, I am Professor of Psychology at Grove City College. I have been with the college since 1994, first as Director of the College Counseling Service and more recently as a professor in the psychology department. I have a BA in psychology from Cedarville University, a MA in clinical psychology from Central Michigan University, and a PhD from Ohio University in community counseling/counselor education.

I celebrated 15 years of blogging with a series of interviews starting in July, 2020. Click here to see all of those interviews.

In August 2019, I was a part of the Netflix 5-part series titled The Family about the Fellowship Foundation. The series was based on the non-fiction work of Jeff Sharlet and focused on their mix of mission and politics. I was interviewed because of my attendance at the 2010 National Prayer Breakfast at The Family’s invitation. That invitation was allowed so I could interview Fellowship Foundation leader Doug Coe and explain to the world that the American group did not agree with the Ugandan Fellowship’s desire to make homosexual contact a capital offense. The interview, one of just a handful ever given by Coe, was published in Christianity Today in May 2010. I discuss my involvement in the Uganda anti-gay legislation below.

For a very recent profile (December 2017) of my career, see Jon Ward’s article in Yahoo News “The evangelical professor who turned against reparative therapy for gays.”

In 2012, I published Getting Jefferson Right: Fact Checking Claims about Our Third President, which is a book with GCC colleague Michael Coulter.  In the book, we fact-check claims often made by Christian nationalists about Thomas Jefferson. The book was triggered by the publication of David Barton’s The Jefferson Lies, a book which brings most of the faulty Jefferson claims together. Reviews and more information can be found at GettingJeffersonRight.com.

In 2009, the Wall Street Journal published an article by Stephanie Simon about my work on sexual identity and religion. Another accurate description of my views can be found in an article by Mimi Swartz in the New York Times Magazine (June 16, 2011, see page 5 to the end). These articles describe the sexual identity therapy framework which I co-authored with Mark Yarhouse. The website supporting that framework is here.

With former Cru Regional Director Michael Frey, I co-founded a bullying prevention initiative called the Golden Rule Pledge. We promote the application of the Golden Rule by evangelical youth as a means of preventing school bullying. The GRP is listed on the federal government’s anti-bullying website and has been a partner with the Pacer Center for National Bullying Prevention Month in October in past years. Although this project is no longer active, the materials are still in use in schools, churches and colleges classrooms.

I took a strong position against Uganda’s Anti-Homosexuality Bill. When the bill was proposed (2009), I co-founded a Facebook group (with Andrew Marin and now archived) which brought together over 16,000 members to speak out in opposition to the bill. About my opposition to the Ugandan bill, author Jeff Sharlet said, “Throckmorton, a former leader in the “cure the gays” movement, has fought the bill harder and more effectively than any other American.” One of the pastors behind Uganda’s anti-gay bill, Martin Ssempa, said I am the “chief of falsified news.” Proponent of criminalizing gays in Uganda and elsewhere, Scott Lively said about me, “You truly are a snake.”

I have written for Daily Beast, Religion Dispatches, Salon, Daily Caller, Huffington Post, and Crosswalk.com. I have done extensive writing about the demise of reparative therapy, voter fraud in Ohio, Mars Hill Church, Mark Driscoll, and Gospel for Asia.

For several years, I allowed my name to be used on the Clinical Advisory Board of the American Association of Christian Counselors. However, we never advised the AACC on anything and it was largely there for show.

Other things I have done:

Past-president of the American Mental Health Counselors Association and past-chair of the Ethics Committee.

For six years (2000-2006), I served on the National Provider Advisory Board of Magellan Behavioral Healthcare, the largest behavioral healthcare company in the world. This was an active advisory committee which helped to cement the relationship between professional counseling and behavioral healthcare.

In 2004, I wrote and produced a documentary, I Do Exist about sexual identity formation which was shown around the world. The documentary is no longer on the market because I have changed my views significantly since it was made. See the I Do Exist FAQs for more information. I wrote and performed about half of the music used on the DVD; you can check out my 2001 Christian music CD on iTunes.

My self-published children’s ebook series, The Messenger, is available on Amazon.com.

I should note that the views expressed on this page are my own and should not be taken as the views or official positions of the Grove City College.

From a former life.

To contact Dr. Throckmorton with tips or comments off the blog, email warrenthrockmorton@gmail.com.