I am beyond amazed. There is a story out of Tampa, FL that is sickening. A man boxed his three year old son to death to make sure he would not become a sissy. An aunt said he was afraid the boy would be gay. Florida “Protective Services” released the boy to the “parents” after obvious signs of abuse. The mother watched the boy being abused and did nothing. This is a tragic and incredibly nauseating story. I was involved in protecting kids like this in Portsmouth, Ohio when I was a consultant for the Protective Services there. So class, let’s take a quiz.

Who is responsible for the death of this boy?
a. the father
b. the mother
c. Florida Protective Services
d. the ex-gay movement and reorientation therapists

If you are a reasonable person, you chose the father but could consider the mother and the Florida authorities accomplices. If you are the gay press, you picked d) the ex-gay movement.

Here is the “reasoning” – ex-gays tend to hold traditional views about gender and this man obviously had warped views of masculinity. Voila! It the ex-gays fault!

Because ex-gays do not want to be gay, the man accused of killing the boy had negative attitudes toward potential gayness in his son (the boy was three)? Because some reorientation therapists have traditional views of gender roles, the accused killer had these same views to the extreme and he set out to follow the teachings of the therapists? Incredible!

Now I do not understand something. These same people with their traditional views also believe this wise saying from the same source as those traditional beliefs: “do not provoke your children to wrath.” Why didn’t that rub off on the killer?

Let’s be clear. Responsibility for this tragedy falls on both parents and the Florida Dept of “protective services.” It is beyond shameful that anyone would use this awful situation to try to score political points.

I mainly want to blog this link that gives the parent’s viewpoint regarding the Love in Action issue with Zach the blogger. I suspect this story will continue to unfold when Zach gets back on the computer. If he comes out and praises his experience at LIA, then what will the gay press do then? If he doesn’t give positive reviews of LIA then there will be an increased frenzy to make this young man’s experience a focal point for all criticism of ex-gay ministries. Stay tuned…

Anyone reading this who would like to be a part of the first anniversary of the launch of I Do Exist, please let me know. Plans are in the works to host twice as many sites as last year. Showings will be scheduled anytime in October but preferably near October 11. Email me at ewthrockmorton@gcc.edu or post here if you are interested in being a part of this event.

Although the gay press would like to keep the Love in Action issue brewing, I think the issue is likely to come down to whether the program see itself as a youth mental health treatment program or a ministry, ala camp.

After speaking with Director John Smid, I believe the program is ministry and not treatment. I think he views it more as a program that puts the emphasis on becoming identified with Christ and as such a ministry program for Christian teens and their families. He also told me that parents can “make” a kid go but that the LIA people will not restrain kids if they up and leave. I make my kids go to church in the sense that I control their freedom up to point. At a certain age, though, kids will do what they want no matter what consequences parents control. The same is true with this program. If any coercion is done, it is from the parents.

I have learned that the Parents and Friends of Lesbians and Gays (PFLAG) passed out a paper by Richard Carlson criticizing my views on reorientation counseling at the recent PTA convention. I wonder why the PTA thought such information had anything to do with school safety.

To pick up the conversation from the beginning, see “Sexual Reparative (Conversion) Therapy Revisited” followed by a response from me (“Sexual Reorientation Therapy Reconsidered“). Recently, he answered me back in print with an article on the website of the Covenant Network of Presbyterians. For the new article responding to Carlson’s article handed out at the PTA convention, consult Drthrockmorton.com.

See the NEA resolution post below. The resolution passed; we must be doing something right.

Here are new words to live by, courtesy of my daughter Emma, spoken in reference to her little brother but with wisdom for those who have ears to hear:

Never surrender to someone who is not wearing pants.

Now there is a saying to ponder.

As I write this, the delegates to the National Educational Association convention in Los Angeles are debating a new business item that would put the NEA on record as opposing conservative views regarding the presentation of sexual orientation in schools.

Here is the New Business Item:

NEW BUSINESS ITEM 82
NEA will develop a comprehensive strategy to deal with the new and more sophisticated attacks on curricula, policies, and practices that support GLBT students, families, and staff members in public schools.

Rationale/Background
Extremist groups are using increasingly sophisticated and aggressive tactics to attack school districts with affirming GLBT policies, curriculum and practices. These tactics include litigation, so-called “Days of Truth” and attacks on the rights of gay students to form clubs. These groups are making schools less safe and are infringing on our members academic freedom.

Cost Implications
This NBI can be accomplished within the proposed 2005-06 Strategic Plan and Budget at no additional cost.

How this relates to student achievement, I have no idea. Free speech and tolerance are great things for the mover of this New Business Item until he hears something he can’t tolerate.

Here is an email from a man who read the MSNBC article regarding Love Won Out that mentioned my views:

I just read your post to MSNBC. Because of where you work I assume you count yourself an evangelical Christian?

Regardless, my general question is why “should” homosexuals consider trying to change teams in the first place? Why not consider acceptance?

You wrote “… I have observed a variety of difference resolutions to sexual orientation distress in my clinical work with people, including changes in sexual attractions.” But what “causes” this distress in the first place. It certainly is not the feelings or behavior of having a certain orientation in isolation from other social influences. I suggest the desire for change is primarily social oppression due to a
combination of religious bigotry, so called biblical teachings, and the desire
for social conformity in religious cultures. Homosexuals often want relief
from those oppositional forces, and they are “taught” by the bigots into
thinking that something is “wrong” with the homosexuals themselves – when in
fact it is just the opposite. This is not a sin-attribution errors are quite a
common and usual as humans engage in social thought.

In my own work, when assisting people striving to make a desired behavioral change, I place considerable emphasis on first changing the context of the undesired
behavior. I suggest that if evangelicalism is condemning a person for his or her
body and brain, then the person should get out; it is not for you. I don’t
automatically assume that any behavior or emotional problem is within the skin
of an individual.

So my next question to you is, rather than change the homosexual, why not change the culture of social bigotry first? Then, if homosexuals are still in “sexual orientation distress,” they can seek help first after accepting themselves as do others with a variety of somatic and psychological complaints. Sexual orientation distress in no way indicates that anything is “wrong” with the orientation. Thus it seems to me that the only reason to change teams is that one team is labeled by religious moralists as sinners, reprobates, perverts, etc. This is why people kill themselves.

If change in orientation or desire or attraction is somehow desired by evangelicals, then my next question is why people who detest evangelical ideas shouldn’t insist that evangelicals ditch their ideas of resurrection. After all, for many, resurrection is totally unrealistic and mere magical thinking. Not one documented case of resurrection has every occurred in the last two millennia that I know of. It could be said that this desire for and attraction to eternal life must be changed to reflect
reality. Yes, accept death for what it is — death. For after acceptance comes peace.

So again I am asking you: Why is it that people who are not like others in every respect have to change? I’m just not clear on this.

My advice to evangelicals who want gays to change is old advice – but the best advice ever given. That is, remove first the log stuck in your own eye before trying to remove the splinter from your brother’s eye.

To which I replied:

Thanks for writing; my response focuses on what I see as a contradiction.Perhaps you will see it differently. The contradiction is
wrapped up in yourwords….

“In my own work, when assistingcpeople striving to make a desired
behavioral change, I place considerable emphasis on first changing the context of the undesired behavior. I suggest that if evangelicalism is condemning a person for his or her body and brain, then the person should get out; it is not for you. I don’t automatically assume that any behavior or emotional problem is within the skin of an individual. So my next question to you is, rather than change the homosexual, why not change the culture of social bigotry first?”

I find that many people like the diversity idea until it is time to respect
those they cannot stand. 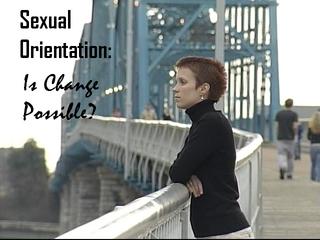 How is this for a cover for the new version?