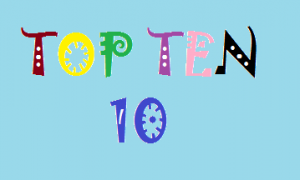 Intell is getting out of Ozark, MO. In the Show Me State, Mark Driscoll is going to show up at James River Church with news of some kind on this Sunday, June 7. My sources are at work again and have learned the top ten rejected sermon titles for this weekend’s appearance.

Without fanfare, here there are:
10. A Nobody Wanting to Tell Anybody About Everybody I Need to Forgive
9. How to Fund Your Church Plant Through Global Missions
8. William Wallace Was Right
7 I Know Who the Anti-Christ is and He Lives in Pennsylvania
6. Be the Brand!
5. How to Turn Any Sin Into a Mistake
4. America Really Is a Pussified Nation!
3. How to Implode a Megachurch in One Year
2. Elders Schmelders and Other Insights on Biblical Leadership.
…and the number one rejected sermon title is:
1. The Gospel of Mark: Love Means Never Having to Say You’re Sorry

Alas, we don’t know what the actual title is yet, but the day is young.
With all appropriate apologies for this lame spoof.

This one is a bit humorous.
Mark Driscoll likes to tweet pithy little tweets to his zillion followers throughout the day. At least someone is tweeting them in his name. Given what we now know, I figure maybe someone at Docent Research Group is helping out. Anyway, just a bit ago, Twitter user Sherideth Smith pointed out that one of Driscoll tweets was actually from Bill Murray.
Note:

Good lord. Turns out, this actually is plagiarized. https://t.co/57gHVueqQN RT @PastorMark Never give up on your dreams, keep sleeping.

Never give up on your dreams, keep sleeping.

In fact, Murray probably heard it from someone who heard it on Tumblr, maybe from this guy.
Louis CK used it too:
https://twitter.com/Louis_CK_Comedy/status/410555944645312513
I suppose if I were Driscoll in this season, I would not try to pass off stuff as mine no matter how innocent it might seem.
Actually, according to this article, passing off other people’s tweets as your own is known as Twagiarism and has ensnared a few folks along the way.  Dreaming of being a Twitter star? Well, I have some advice.

Never give up on your dreams, keep sleeping*

*Source unknown, but I saw it first on Twitter.
For all posts on this topic, click here.

Going back to 2005, I have been warning blog readers about the scourge of Post-Christmas Stress Disorder. Sadly, this malady did not make it into the latest edition of the psychiatric manual, DSM-V. I am convinced that the omission of PCSD is one of the significant weaknesses of the new edition. PCSD resembles Pre-Christmas Stress Disorder and some people just have Christmas Stress Disorder. In most cases, PCSD spontaneously remits but in severe cases, intervention is warranted. Through research and experience, I have tweaked the criteria a bit over the years.
As a public service, I am again listing the signs and symptoms:
Diagnostic Criteria for 311.5x Post-Christmas Stress Disorder
A. Four (or more) of the following symptoms have been present during the same two-week post-Christmas period and represent a change from previous functioning. The individual:
(1) refuses to take down Christmas decorations within two weeks after Christmas. (In chronic cases, leaves decorations up year round.)
(2) seeks out shopping opportunities on the day immediately following Christmas (Note: In children, new Christmas related requests occur within two weeks of Christmas and may occur intermittently through the year);
(3) describes depressed mood, more days than not (e.g., sings “Blue Christmas” repeatedly);
(4) manifests vocal tics (e.g., “Ho, ho, ho”);
(5) displays compulsive Christmas related behavior (e.g., repeatedly wraps and unwraps presents even though no gift is inside);
(6) displays at least one incident of catatonic behavior (e.g., Stands for long periods of time, immobile, under mistletoe);
(7) describes gift returns which outnumber number of presents received (sometimes buys items just to return them);
(8) displays irrational interpersonal behavior (e.g., Calls recorded lines to say Merry Christmas);
(9) mainfests inappropriate startle response (e.g., jumps or easily startled by video game or other novel noises); and/or
(10) alternatively, avoids references to Christmas (e.g., refers to “holiday trees,” “holiday ornaments,” “happy holidays” and/or “the Sparkle season;”
B. Symptoms do not meet criteria for Post-Christmas Adjustment Disorder
C. Symptoms cause clinically significant distress
D. Symptoms are not due to effects of a substance (e.g., eggnog, fruitcake, punch, etc.)
Specify (for current or most recent episode)
.x1 Mild – minimum number of symptoms are net
.x2 Moderate – six or more symptoms
.x3 Severe – nearly all symptoms but without delusions/hallucinations
.x4 Severe with hallucinations (e.g., Converses with “ghost of Christmas past, present or future”)
.x5 Severe with delusions (e.g., Arms self to protect against Grinch; on constant guard against “war on Christmas”)
.x6 With trauma associated (e.g., Witnesses mother kissing Santa Claus)
.x0 Unspecified
May we all be spared this fate and to all a good night.

The Official Winter Wear™ of Journey Into Manhood unveiled! 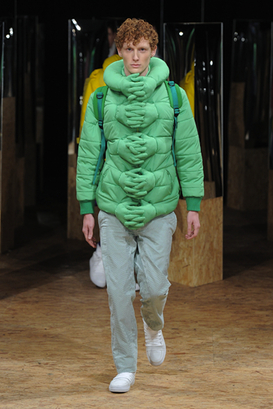 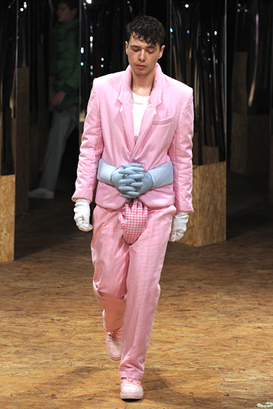 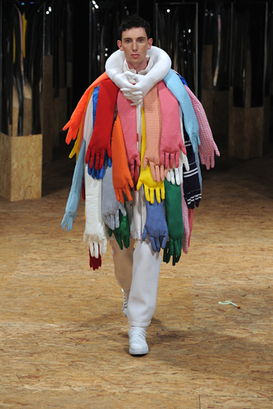 You have to feel it to heal it!

Don’t get used to it because during the season of dominion, no one will be watching it. The Morning Star Ministries’ Rick Joyner ‘splains…

I’m not saying their going to cancel the NFL, but it could get to that.

If this gets out, the New Apostolic Reformation will be doomed in Western PA.

He’s getting harder and harder to spoof, but here goes…

AFA analyst calls for ban on everything

Tupelo, MS – Writing today for the website RenewMerica, Bryan Fischer asserted that all sex everywhere needs to be curtailed.

“Just one wrong move and you’re done for,” Fischer wrote. “It’s like cigarettes and gay sex, we are all one smoke or one hook up away from disaster.”

Fischer was reacting to a government report suggesting that one cigarette can be the one that kills you. “Of course, I naturally and initially thought of gay sex. Because gay sex spreads HIV, the first fab time could be your last.”

Extrapolating his thinking, Fischer noted that in Uganda heterosexual sex is the main driver of the spread of HIV/AIDS. This fact demands an aggressive strategy.

“Since one act of straight sex can kill you, the government should crack down on the practice,” Fischer advised. “There simply is no level of safe exposure to straight sex.”

I guess I shouldn’t be surprised by this WHAT? report:

Tupelo, MS – The American Family Association’s Bryan Fischer today announced that he is going to rebuild Noah’s Ark. Citing media reports of animal attacks on humans, he says only the good animals will be allowed.

“We are going to break this curse on the land and only take in the animals which do not attack people,” said Fischer. “For instance, everyone knows that grizzly bears kill people, but did you know that over 300 people were killed by dogs over the past 20 years!? I don’t care what Noah did, there will be no dogs on Noah 2.”

Fischer added that to take the place of real animals, he would be taking stuffed dogs, bears, lions, tigers, and alligators killed by the other passengers.

“The chicken that we eat is chock-full of feminine hormones. So, when men eat these chickens, they deviate from themselves as men.”

The chicken – homosexuality link was presaged in the US by a WorldNetDaily author, Jim Rutz, who linked soy products with an upsurge in bromance around the world. Rutz said, “Soy is feminizing, and commonly leads to…sexual confusion and homosexuality.”

One source who spoke only on condition of anonymity said, “You can blame the whole culture war on Colonel Sanders. That’s who started it. Then it was chicken nuggets, and chicken tenders. Now you understand how those chicken dishes got their names.”

The anonymous ex-chicken farmer said the disclosure from the Bolivian president could be devastating to both the American fast food and fashion industries.

Elsewhere, a prominent Iranian cleric countered the Bolivian president by saying that feminized chickens also cause earthquakes, but only if they are promiscuous.

No not that ONN, the Onion News Network. See for yourself:

At least, he’s in good company…

At least, he’s in good company…

In light of the last post, is this obscene? I want a baby commercial that complains about big Wall Street Bonuses and stuff.