First, let me introduce Steve Hassan’s interview with me regarding Christian nationalism, mind control groups, the Trump years, and, at the end, The Trinity Church in Phoenix. Hassan crafted a blog around the interview which you can read here. A warning to my readers who support Donald Trump, Steve wrote a book called the Cult of Trump about QAnon and Trump’s followers who can see no wrong in anything Trump does. By discussing people who can’t see Trump critically, I am not implying that everyone who supports some of Trump’s policy ideas is in a cult.

Veterans of the Culture War Podcast

Second, I appear today on the Veterans of the Culture War podcast hosted by Zach Malm and Dave Lester. Both men were formerly associated with Mars Hill Church in Seattle. Here is their tweet about the podcast:

Do evangelicals care about the truth when it comes to abusive pastors? American history? Gay conversion therapy? Our guest @wthrockmorton has found that far too often the answer is “no”. It was great to talk after years of occasional correspondence since the Mars Hill days. https://t.co/uZowPodwPq

The Rise and Fall of Mars Hill – Christianity Today

Third, today is the beginning of Christianity Today’s podcast series, “The Rise and Fall of Mars Hill.” You can hear the first episode “Who Killed Mars Hill?” here.

I like where Mike Cosper is going with this. Rather than tell the whole story of Mars Hill, he focuses on why fallen celebrity pastors keep getting a platform among evangelicals. He hopes to understand better why certain types of people gravitate toward the role of pastor and why Christians keep accepting them.

Mike and guest Ed Stetzer establish the epidemic of celebrity pastors who fall from their perch for various reasons. Stetzer seems to float the possibility that gifted people are elevated to celebrity status before their character can catch up. As I listened, I framed this question to myself: Does pastoring in a megachurch create narcissism or are narcissists attracted to leading a such a church?

The Different Stories of the End of Mars Hill

There is a helpful section near the end where Cosper interviews former elders Aaron Gray and Tim Smith about the investigation of the formal charges in 2014. Driscoll has told people that God told him there was a trap set for him and that he was released from Mars Hill. Gray said he has never understood what that meant. Smith said Driscoll told him that Driscoll came to believe the Board of Elders who investigated the charges against him wanted to gather dirt to force him out. Instead of restoring him, according to Driscoll, they wanted to take over the church from him. Smith seemed dumbfounded by that suspiciousness.

Dave Bruskas, who witnessed the entire process, responded that there was no such “trap.” The plan was for Driscoll to submit to his elders, as he always preached a pastor should do, and return to the role of pastor at Mars Hill.

I will have more to say about future episodes but I will end this post by saying it was a nice touch to have Mars Hill Band King’s Kaleidescope provide the theme song and I liked the choice of Pedro the Lion for a closing song.

In the category of unlikely interviews, this one is near the top of the list. Today, I publish the first part of an interview with Sutton Turner and Dave Bruskas. Turner, Bruskas and Mark Driscoll made up the three executive elders of Mars Hill Church in Seattle, WA. Driscoll was also the president of the corporation and clearly in charge. Turner was the financial guy and Bruskas occupied the number two spot. Given amount of leaked information I was reporting on Mars Hill, I imagine I was public enemy number one for this trio in 2014.

Nonetheless, after the church closed, neither Turner nor Bruskas were hostile when I contacted them. Over the years, they have talked more about how they have reached out to Mars Hill people and tried to mend fences. I don’t know all about it, but I don’t need to.

I do know that they have a perspective that I never was able to get while I reported on Mars Hill. Almost everything they have told me vindicated the reporting I did. But with that out of the way, I wanted to know how it was to try to function in what Paul Tripp called, “…without a doubt, the most abusive, coercive ministry culture I’ve ever been involved with.” They did not evade their own responsibility as you will hear.

So I hope you will hear them out in both parts of the interview (part two coming Thursday). In part one, we discuss Dave Kraft’s first charges, the Strange Fire Conference, “big brother” James MacDonald, the Janet Mefferd interview, the Result Source Bestseller scheme, Driscoll’s content management system and Driscoll as “The Brand.”:

For all posts on Mars Hill Church, click here.

On Tuesday (7/28) and Thursday (7/30) of this week, I will publish parts one and two respectively of an interview with former Mars Hill Church executive elders Dave Bruskas and Sutton Turner. Sutton and Dave were the executive elders in charge of Mars Hill along with Mark Driscoll.

Six years ago, such a conversation could not be imagined. I was writing several times a week about Mars Hill Church. Exactly six years ago, I examined media coverage of Mars Hill’s critics and their finances. On July 30, 2014 I reported that noted biblical counselor Paul Tripp resigned from the church’s Board of Advisor’s and Accountability. As Turner and Bruskas describe in our interview, the following month of August in 2014 was a terrible month for the church.

Recently, Sutton and Dave approached me with a desire to set some things straight. The result is this interview where we examine key events from 2013 through October 2014 culminating in a discussion of Mark Driscoll’s resignation. We also take on a few residual issues relating to the church.

Here are some excerpts of part one: 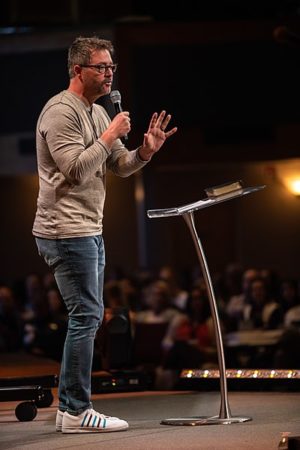 I have sad news to report: Pastor Darrin Patrick died yesterday. Multiple sources have provided conflicting reports about the cause of death.

Patrick currently was a teaching pastor at Seacoast Church in Charleston, SC. He founded megachurch The Journey in St. Louis, MO and was former Vice President of the Acts 29 Network. He leaves a wife and four children.

In 2016, Patrick was removed as pastor from The Journey for pastoral misconduct and recently was the subject of an article by Ed Stetzer in Christianity Today regarding his restoration to pastoral ministry.

His last Facebook entries dealt with the emotions and difficulties of being a pastor.

Seacoast Church just released this statement on their website:

SEACOAST CHURCH STATEMENT ON THE PASSING OF PASTOR DARRIN PATRICK

Charleston, S.C. and St. Louis, M.O. – May 8, 2020 – Seacoast Church today issued the following statement: “We are saddened to announce the sudden passing of Pastor Darrin Patrick. Darrin was a loved member of the Seacoast family, the teaching team, and pastoral staff and we are mourning his loss. Darrin had a gift for teaching the Word and a heart for encouraging other pastors. God allowed Seacoast to be a part of Darrin’s story in a time when he needed a family. He was a gift to us and we are thankful for the time the Lord gave him to us. His influence and impact cannot be measured. We are surrounding the Patrick family with our prayers and support during this time.”

Darrin Patrick served as a teaching pastor at Seacoast Church, and was also the founding pastor of The Journey Church in St. Louis, MO. He is a founding member of the Pastor’s Collective and the author of multiple books including the Dude’s Guide to Marriage.

Additional information on memorial services will be shared on seacoast.org as plans are formalized.

Darrin was target shooting with a friend at the time of his death. An official cause of death has not been released but it appears to be a self-inflicted gunshot wound. No foul play is suspected. On behalf of the family we would ask that their privacy be respected during this time, and that all media requests be directed to Margaret Little.

This statement appears to leave some question about whether Rev. Patrick took his own life or suffered an accident. All sources I have spoken to about the situation believe he took his own life.

By now, it is common knowledge that Acts 29’s CEO Steve Timmis was fired. According a report in Christianity Today, he was let go “amid accusations of abusive leadership.” The ripple effects are significant. His church in the UK is investigating and his publisher stopped selling his books. All of this is in the CT article.

The essence of the charges against Timmis involve micromanaging and defensiveness when challenged. According to the CT piece, Acts 29 staff members brought this to Acts 29 president Matt Chandler’s attention in 2015. However, Chandler led the dismissal of those staffers and required them to sign non-disclosure agreements in order to get their severance packages.

It is worth noting that Steve Timmis was on Acts 29’s board when Mark Driscoll and Mars Hill Church was removed from the Acts 29 Network in August 2014. Now we learn that within a year of that act, Timmis was accused of nearly the same actions and protected by Chandler and the Acts 29 board. What changed?

Another name on the list of board members who removed Driscoll was Darrin Patrick. In 2016, Patrick was removed from The Journey in St. Louis for “pastoral misconduct.” Steve Timmis was on Patrick’s restoration team. Now Patrick is back in business.

While none of this may influence how to plant a church, those who are in the market for such services should be aware of what they are getting into.