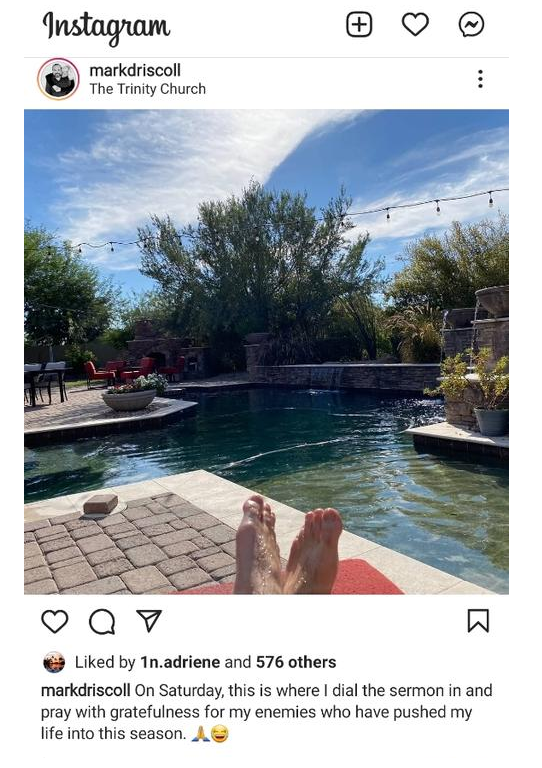 Brother, can you spare 2-million dimes?

After a year of trials (aka The Rise and Fall of Mars Hill and various Trinity Church former members, etc.), Brother Driscoll and his Real Faith has a NEED!

“As we approach the end of the year, RealFaith must meet a $200,000 need to finish strong and step into 2022 ready to tell more people all about Jesus.” 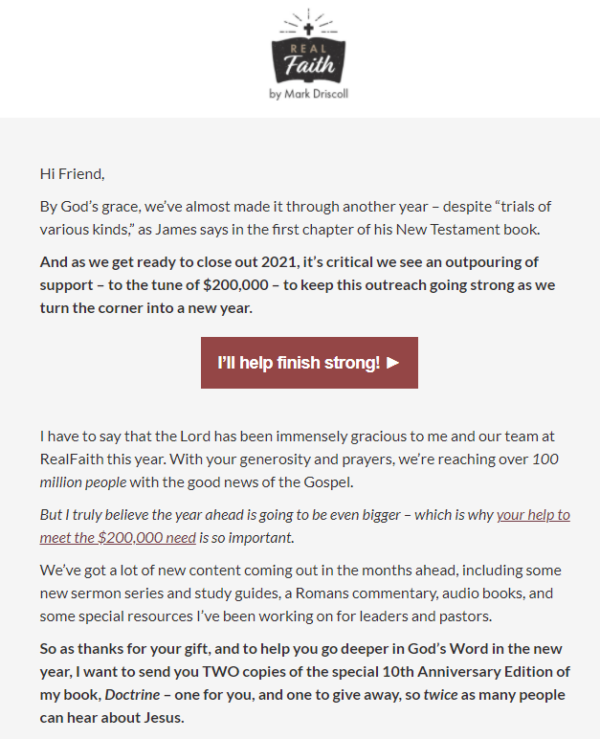 You can sing a nice tune with $200k in a month. My church budget for the whole year is less than that (admittedly, it is a small church).

Brother Driscoll doesn’t tell us what the need is for, just that he believes next year is going to be bigger than this year. Huge, I tell ya, it’s going to be huge.

Mars Hill All Over Again?

From what I can tell by this past year’s budget, we have had a strategy of completing a Hail Mary every December with a big giving campaign. This has allowed the negative monthly financial performance to continue while we count on a Hail Mary giving push in December to make up for the annual deficit. Givers are giving to grow the body and plant more churches, but given our spending habits, their gifts just help us catch up. With the growth ofthe church, the 2011 version only allows for enough cash to run through June 2012 and is not a sustainable plan for December 2012.

Here is one difference. Driscoll is writing potential donors in 2021 from his personal ministry – Real Faith — and not from The Trinity Church. He is personally asking people give him $200,000 so he can do something with it. It is hard to tell what is his church work and what is him doing stuff apart from the church. Seems like most pastors would be funded by their church to do the things he is talking about doing through Real Faith with all that “outpouring of support.” Makes me wonder what is the main thing and what is the side hustle.

In any case, I am going to go out on a limb and say that this guy right here doesn’t need your $200,000 as much as your local food pantry.

Nothing but need as far as the eye can see.

Brothers and sisters, if you can spare some dimes, I humbly suggest two or three alternatives.

Smile Train – This charity provides cleft lip and palate surgeries for needy children where it is difficult to obtain such care. The charity has a perfect accountability rating from Charity Navigator.

Schistosomiasis Control Initiative Foundation (SCI) – This charity is a top-rated organization that fights the spread of development-killing parasitic worms in children world-wide.

Brother, Can You Spare 2-Million Dimes? (to the tune of the George Michael version)