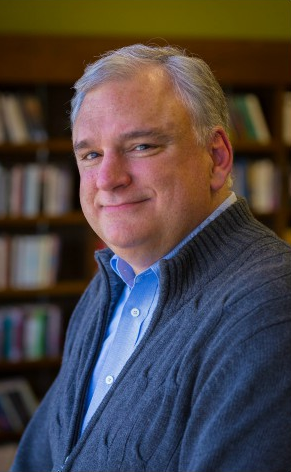 This is the sixth interview in my series reflecting on 15 years of blogging. Messiah University history professor John Fea joined me to discuss getting history right, court evangelicals, and much more. John is a prolific writer and you can read his publishing credits in the bio below. He also hosts a podcast called The Way of Improvement Leads Home and writes frequently at his blog by the same name.

John has been an active public historian during his tenure at Messiah. He has confronted the historian misadventures of David Barton and Eric Metaxas. I became acquainted with John in 2011 when I first started to fact check David Barton’s historical claims. Not long after that, he endorsed Getting Jefferson Right, my book with Michael Coulter that addressed many claims in David Barton’s The Jefferson Lies. Along with my history professor colleagues at Grove City College, John is one of several historians who have helped me along the way.

I believe historians doing history properly can provide our nation an extraordinary service. We need to know our rights and the heritage of free speech and protest. What does the Consitution say and what took place when the framers debated that document? Without full context, people are vulnerable to ideologues who selectively use historical events and quotes to create what John calls a “usable past,” a past which supports their current political aims.

As an evangelical, John has special focus on evangelicals in public life. He coined the term “court evangelical” to refer to evangelical leaders who fawn over Donald Trump and never hold him accountable. John provides a valuable overview of this concept in the interview. I hope you benefit from it.

John Fea is Distinguished Professor of American History at Messiah University in Mechanicsburg, Pennsylvania, where he has taught since 2002.

He is the author or editor of six books, including Was America Founded as a Christian Nation: A Historical Introduction; Why Study History: Reflecting on the Importance of the Past; and Believe Me: The Evangelical Road to Donald Trump.

John’s essays and reviews on the history of American culture have appeared in The Journal of American History, The Atlantic, Inside Higher Ed, The William and Mary Quarterly, The Journal of the Early Republic, Sojourners, Christianity Today, Christian Century, The Washington Post,  USA Today,  He blogs daily at The Way of Improvement Leads Home, a blog devoted to American history, religion, politics, and academic life.