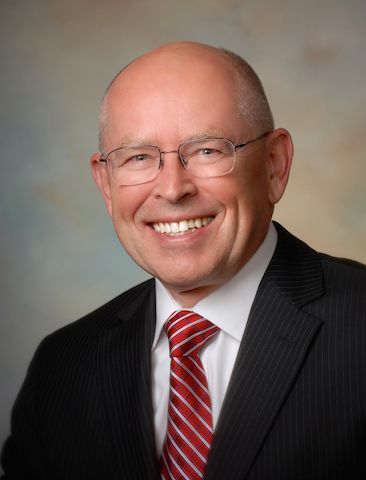 On December 30, 2019, Phoenix Seminary professor Wayne Grudem wrote a rebuttal to Christianity Today‘s call for the impeachment of Donald Trump. In that editorial, Grudem made several fact claims that were unsupported with very few sources. One of the key claims in Grudem’s piece was about the Ukraine scandal.

Here is what Grudem wrote:

The background to that comment is that a Ukrainian prosecutor named Viktor Shokin had been investigating Burisma Holdings, a Ukrainian gas company, and that company had been paying Hunter Biden, Joe Biden’s son, around $600,000 per year to serve as a member of its board. But Joe Biden boasted that, when he was vice president and on a visit to Ukraine, he withheld $1 billion in loan guarantees in order to force the Ukrainian government to fire that prosecutor.

In fact, Joe Biden can be seen on a YouTube video from January 23, 2018 (which was subsequently reported on by The Wall Street Journal), saying this: “I looked at them and said: ‘I’m leaving in six hours. If the prosecutor is not fired, you’re not getting the money.’ Well, son of a b___. He got fired. And they put in place someone who was solid at the time.”

When I understand that background, it seems to me reasonable for officials of the U.S. government to investigate whether there was any corrupt dealing connected to Hunter Biden receiving more than half a million dollars a year, the Ukrainian prosecutor investigating the company that was paying him, and Joe Biden withholding $1 billion in loan guarantees until that prosecutor was fired. I do not know if there was any corruption involved or not. My point is only that the situation raises enough suspicion to warrant an investigation.

At the least, a Christian scholar should present citations and source material and give readers and his students all sides of the issue. This is a slanted narrative. While it is true that Shokin has made contradictory claims about his activities, others in Ukraine and in the U.S. besides Biden have corroborated the observation that Shokin was not investigating corruption. At the least, Grudem should have indicated that there is a plausible case to be made for presidential misconduct and that the narrative Grudem presented has been advanced principally by Shokin and the president’s defenders.

Given the seriousness of presenting errors to a public audience, I wrote to Grudem and expected that he would reply with his source material or some explanation why he believed Shokin was investigating when independent sources said he wasn’t. Also, I had hoped for a correction of the record about Biden’s actions in demanding Shokin’s ouster. Biden was not acting on his own; he based his actions on U.S. policy and was acting consistent with the policy of our allies. These are critical facts that Grudem omitted. As a scholar, he should correct the record.

However, the following response is what I got. He had a student assistant answer.

My name is J. B. I am Dr. Grudem’s assistant as well as a student here at Phoenix Seminary. One of my jobs is to facilitate correspondence on Dr. Grudem‘s behalf.

Dr. Grudem appreciates your correspondence. In an effort to best steward his gifts, Dr. Grudem has decided for the present season to prioritize research and writing. For this reason, he regrets that he is unable to respond to your comments.  Please accept Dr. Grudem’s humble apologies.

I can assure you that Dr Grudem continues to pray for our country and all our leaders, regardless of their party line, as the Bible tell us we should. (1 Timothy 2:1-4)

Unable? No, he is unwilling. He is unwilling to take responsibility for what he wrote. I urge readers to consult the sources I linked to above. As always, I am willing to read any sources readers provide in the comments.