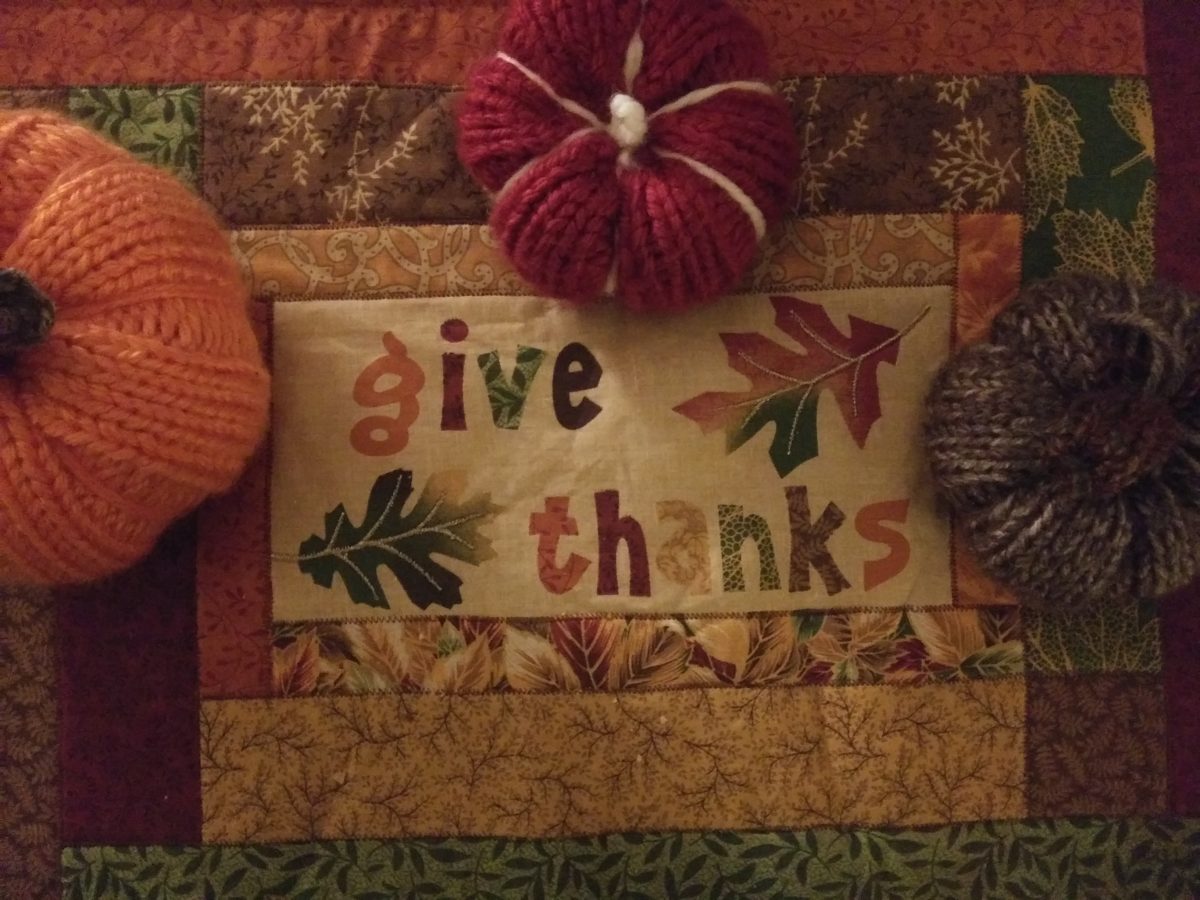 Today’s second guest post is from friend and Grove City College colleague Andrew Mitchell who is an associate professor of history at the college.

Reclaim the Spirit of Thanksgiving
Thanksgiving is one of only two holidays Americans celebrate that consciously looks back to a colonial past.  It also happens to be the only national holiday that is relatively free of political implications, at least on first glance.  That is quite remarkable, since Americans are, and have been, a diverse group of people—of different ethnicities and faiths—who have agreed to unite over a number of political principles.  It has been our commitment to those principles, rather than to specifically religious or economic ones, that has helped the nation endure for close to 250 years.  Recently, historians, following the general trend of academia, have directed their research at exploring American diversity, and holiday celebrations have not escaped scrutiny. By stripping away the legends associated with “Pilgrim Fathers,” a fascinating story emerges.

It is quite evident now that the first “American” Thanksgiving celebration did not take place in 1623 at Plymouth, nor in 1619 at Berkley Hundred, nor in 1610 at Jamestown, but rather on 8 September 1565, in present-day St. Augustine, Florida.  On that day a group of Spanish-speaking Catholics gave thanks to God for their safe travel across the ocean and afterwards held a modest feast, inviting the local tribe of Timucuan Indians to join them.  In fact, regardless of whether the Plymouth Separatists were giving thanks to God or to Massasoit and the Wampanoags, it is clear that the Puritans of New England and their descendants ignored them entirely.  The word “Pilgrim” to describe the Plymouth colonists only shows up in 1799; the record of their 1623 celebration first published in 1841, during a time when New Englanders and Southerners were ransacking historical sources, engaged in a fierce fight to prove that their traditions (and theirs alone) were authentically “American.”  In light of this, Abraham Lincoln’s 1864 proclaiming a “day of thanksgiving” on the last Thursday in November appears more controversial—an affirmation right before his reelection that the Northern (New England-influenced) side had won.  Indeed, despite subsequent presidents continuing Lincoln’s tradition, most Southern states did not acknowledge the day, or develop any rituals around it, until the last decades of the nineteenth century.

Sadly, the history of Thanksgiving is not devoid of political wrangling and gamesmanship.  Franklin Roosevelt—in this as in other elements of his presidency—deviated from the traditions established by his predecessors, by moving Thanksgiving a week earlier in 1939.  Roosevelt was acting on the recommendation of his Secretary of Commerce who was concerned that the lateness of Thanksgiving (30 November) would compromise Christmas-season retail sales.  The president’s decision created a significant uproar across the country.  In a response that demonstrated how politicized America had become, nearly one-half of the states ignored the presidential declaration and celebrated a “Republican Thanksgiving,” instead of “Franksgiving.”  The following year, 16 states kept to the traditional date.  In 1941, after conclusive evidence that retail sales had not significantly improved, Congress passed a joint resolution declaring the fourth Thursday in November as “Thanksgiving Day.”  Nevertheless, the reality of rationing during the Second World War meant that most Americans did not come to share in Norman Rockwell’s idealized depiction of until 1945.

Rather than being disconcerted by revisionist demonstrations that popular conceptions about our national celebration is little more than a peculiar New England tradition writ large and embellished, traditionalists should see in them a chance to celebrate.  Despite the diversity of language and creed, all European colonists to the Americas acknowledged their need for giving thanks, and demonstrated their joy through unusual periods of festivity, whether the religious ceremony was accompanied by culinary indulgence or not.  Furthermore, all of these thanksgiving celebrations, from Florida to Virginia to Massachusetts, included guests: strangers who were made welcome and encouraged to share in the community’s bounty, and for a few moments, perhaps, united in fellowship.  For these people, most of our ancestors, thanksgiving was not a single day made special through capitalization, but one of life’s essential rituals, too important to practice only once every 365 days, and too special to keep to one’s own.

With increasing evidence from the realm of psychology that giving thanks is good for the mind as well as the body, perhaps this provides Americans today with something solid to grasp.  In a society whose members are increasingly concerned about diversity and yet increasingly isolated from one another, whose daily call to self-indulgence tends to dull our physical and spiritual palates, perhaps we need to focus on the thankful theme that has united us in the past.  By scaling back our own daily consumption (starting, perhaps with the last Friday in November), by beginning to reach out in loving hospitality to the strangers in our midst, we might be able reclaim some of that attractive spirit—and lifestyle—of giving thanks that all our ancestors (and their guests) shared.

To read all articles in this series, click Thanksgiving 2019.