Tim Clinton (aka The American Association of Christian Counselors) is holding a conference for counselors in early October of this year. It is a huge undertaking and generally draws over 5,000 counselors. Clinton has taken heat in past years for politicizing the conference by inviting non-counselors to speak. This year he has outdone himself by scheduling Secretary of State Mike Pompeo. 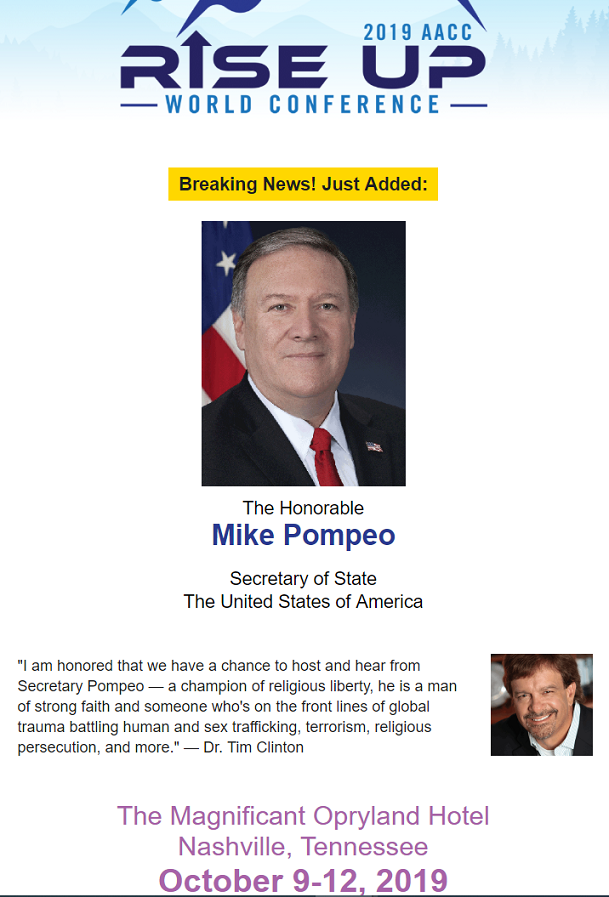 In any case, Clinton owns the AACC and can bring in anyone he wants to. It is beyond belief that psychology or counseling CEUs could be offered for listening to a political speech but that is how Clinton runs his show. I want to remind counselors that you also have a choice.