To hear Focus on the Family’s public policy arm, Family Policy Alliance, talk about it, the opponents of forcing teens to go to sexual orientation 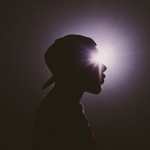 change efforts (aka conversion therapy) don’t want kids to go to counseling. Listen to Stephanie Curry use the phrase “basic talk therapy” like it is her job (which in this case it is).

Hi, I’m Stephanie Curry and I’m a public policy manager with Family Policy Alliance. I’m here today to talk to you about a series of bills that we’re seeing across the country that would seek to ban basic talk therapy for our children. Family Policy Alliance cares about this issue because we care about our children and that they’re able to have access to basic talk therapy if they are struggling with unwanted same-sex attraction and gender identity issues. We believe that families and parents know what’s best for their children and they should have the ability to find licensed therapists that support their moral and religious principles.
Some bills we’re seeing that are cause for concern are for example a bill in Massachusetts that said it was child abuse for a family to take their child to a therapist to get therapy for their unwanted same-sex attractions or gender identity issues. We also have seen a bill in Massachusetts that equates this type of basic talk therapy to torture. Now we know that this isn’t true. Because we love our children, we want them to have access to compassionate and ethical basic talk therapy that is open to change. Thank you so much for joining us today.

In fact, the only bill I could find in MA did not refer to therapy as child abuse or torture. The bill does not prohibit basic talk therapy. The 2017 bill — H1190 — specifically forbids interventions which serve sexual reorientation or gender identity change. However, the bill does allow a neutral exploration of sexual and gender identity issues.
Read the the bill below:

Therapists Should Be Neutral

Religious right pundits have been distorting these bills since they first came along. The MA bill clearly allows “basic talk therapy” which “provide[s] acceptance, support, and understanding of an individual’s sexual orientation, gender identity, or gender expression” and “facilitate[s] an individual’s coping, social support, and identity exploration and development” or “that [is] sexual orientation-neutral or gender identity-neutral including interventions to prevent or address unlawful conduct or unsafe sexual practices.”
Therapist should facilitate coping, social support and identity exploration and do so in a neutral manner. Therapists should not try to push sexual reorientation.
As a result of supportive therapy, some teens will determine that they are straight or cisgender and others will come out as a sexual minority. Such therapy is legal under this bill. Religious therapists should be perfectly fine with this arrangement. Therapy should not be a platform for spreading religious beliefs or making clients into Christian disciples.
What the state of MA is trying to prevent is for a therapist to use the cover of a state license to pursue sexual orientation or gender identity change. Therapists may do many things to support families who are traditional in their beliefs, but under a law like this, they may not actively use techniques or prescribe methods which have the intent to change orientation. Given that those techniques rarely, if ever, work, this would be beneficial for teens on balance.