In an offbeat selection for “The Lives They Lived” section of the New York Time Magazine, Joseph Nicolosi is remembered by Benoit Denizet- 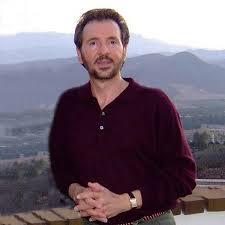 Lewis as an “artist, innovator and thinker” who died in 2017.
I had a few things to say about Nicolosi when he passed, and a lot to say about reparative therapy during his life. This piece provides a view of a side of Nicolosi that I saw often — he simply could not be convinced that he could be wrong.

In 2012, I wrote about one of the incidents referred to in the NYT piece. In the article, Denizet-Lewis referred to former ex-gay ministry leader Alan Chambers’ dramatic and unexpected declaration that 99.9% of people who tried to change sexual orientation had not experienced a change. That was first reported on this blog in January, 2012.  Chambers made that statement at a conference of the Gay Christian Network. Causing an earthquake in the ex-gay world, Chambers said:

The majority of people that I have met, and I would say the majority meaning 99.9% of them have not experienced a change in their orientation or have gotten to a place where they could say that they could  never be tempted or are not tempted in some way or experience some level of same-sex attraction. I think there is a gender issue there, there are some women who have challenged me and said that my orientation or my attractions have changed completely. Those have been few and far between. The vast majority of people that I know will experience some level of same-sex attraction.

Denizet-Lewis makes it seem as though Nicolosi’s initial offer of a cure came in response to that statement. However, Chambers and Nicolosi had been disputing results since at least the year before.
The now inactive but enormously influential blog, ExGay Watch (here is my summary of that post) carried a story about an online dispute between Chambers and Nicolosi which began in 2011. In an email exchange, Nicolosi chastised Chambers for saying in an April 2011 Dr. Drew Show appearance that Chambers continued to experience attractions to the same sex. Nicolosi then offered to cure Chambers completely. Here is one of those emails:

Alan,
I have not seen yet your appearance on the T.V. show and of course, I always know how unfair and stressful these events are. But again, it is such a disservice to represent the alternative to gay but stating you are still struggling. It is not a very inspiring option to the many young people who may be hearing your message.
The point Alan is that you can get to a place where there is no more homosexuality. Really.
You can actually get to a place where you can willfully (sic) think of an SSA image and have no bodily sensation.
Why stop half way? Why not do further work and finish the task and have it completely behind you. consider this invitation, not only for your sake but also as a testimony of complete healing to truly motivate others.
We have the therapeutic tools to get you over what ever SSA is remaining.
You know I am your friend. I am willing to help you. I’ll work with you personally if you like.
Please consider this invitation I offer you as a brother (O.K., a Catholic brother) in Christ.
Joe
Joseph Nicolosi, Ph.D.
www.josephnicolosi.com
[emphasis in the original]

As Chambers told Denizet-Lewis in the NYT article, he rebuffed Nicolosi’s offer as unrealistic and unattainable.

Nicolosi believed male homosexuals experienced attractions to the same sex because they were estranged from their fathers. He simply would not accept the fact that many gay males have loving and close fathers. Even when confronted with fathers and sons who were obviously close, he picked at them until he found something he could dispute in their relationship. I worked with several families who were survivors of this kind of treatment.
On one occasion in a meeting with Nicolosi, I described a young man to who came out to his father first because he was close to his dad and knew he would understand. They were close all through school and when he came out, it was only natural for him to tell his dad. The young man was into sports and quite masculine in every way. In short, he was everything that Nicolosi claimed that a gay male could not be. When I was finished with my description, Nicolosi said, “He’ll be fine.” I asked what he meant. “He’s not gay; he’ll be fine,” he said. He indicated that the young man must be confused or having a stage but since he had such a good foundation, he couldn’t possibly be gay.
I realized at that point that it was probably hopeless to use evidence. Confirmation bias was strong with him, perhaps as strong as I have ever seen.