In September, I first disclosed that Gateway Church founding pastor Robert Morris’ son Josh was going to plant a church in Austin, TX. This news represented a sea change at Gateway because the plan had always been for Josh to take over Gateway when Robert retired. This past weekend, the elder Morris made it official and announced to the Gateway congregation that the plant in Austin was happening.
The church, to be called The Table Church, is slated in early 2019 to open in the second wealthiest area of Austin: the Lakeway/Bee Cave area.  Morris will be assisted by Chad Sykes and Cole Novak. Morris disclosed this change and others this weekend and posted his announcement on the church Facebook page earlier today:

(Transcript at the end of the post)
It will interesting to see how this happens over time. Planting a church requires financial commitments and this means that Gateway is apparently going to expand just after a significant and painful staff downsizing.
Morris then outlined the new lineup of campus pastors. 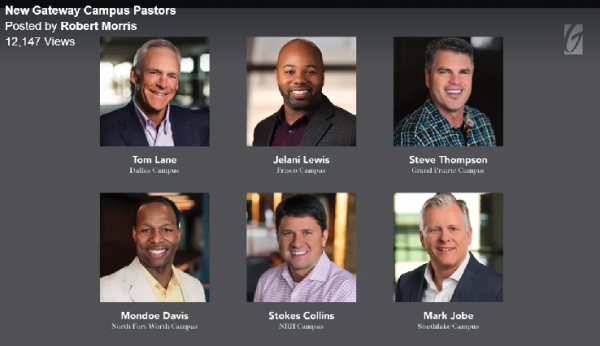 Looks like there are already several good churches in the neighborhood. I wonder why Morris targeted this one?