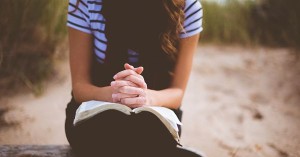 I started counseling LGB people and mixed orientation couples about two decades ago. Initially, I had high hopes that counseling might regularly assist same-sex attracted people become straight or bisexual. In a story that has been told elsewhere, I have since changed my mind.
Part of what helped form my current views of sexual orientation was the experience of counseling and researching mixed orientation couples. I concluded: If heterosexual responding did not happen for same-sex attracted people in that context, it probably wasn’t going to happen at all. For couples already married, I decided to work with them to maintain their marriage if that is what they believed was right. However, I don’t make unrealistic promises. And if people decide to part, I certainly understand the pressures which lead to that decision.
Due to my work, I read a recent article at John Piper’s website by Nashville Statement signer Rosaria Butterfield. In it, she gives some of the worst

advice I have ever read to a woman in a mixed orientation marriage. Below I respond to it. My response to the article is not theological. Instead, I respond as a clinician and researcher.
In essence, Butterfield denies people are gay:

A mixed-orientation marriage combines one spouse who “is” gay and the other who “is” straight. This new language for sexuality and humanity has become our post-Christian world’s reigning (and godless) logic. Gay may be how someone feels, but it can never be who someone inherently is. Because all human beings are made in God’s image, we are called to reflect God’s image in knowledge, righteousness, and holiness. We are a Genesis 1:27 people, born male or female with a soul that will last forever, and a body that will either be glorified in the New Jerusalem or suffer unspeakable anguish in hell.

After working with LGBT people for two decades, I believe some people are inherently gay. They have never been attracted to a member of the opposite sex, even while married to one. They have tried everything to change, but nothing changes.
Some people are bisexual and seem to fluctuate without warning or conscious choice. Others are basically gay, but fall in love with one member of the opposite sex. If that love is dashed or ceases for some reason, then there is nothing left of their straightness.
Butterfield says there is one size because of the Bible. Even though that’s not exactly what the Bible says, that’s how she and her Nashville Statement interpret it so that’s how anyone she talks to has to be. I used to look at people that way. I won’t do that anymore. There are many things in this world I wish were different but wishful thinking won’t change how things are.
She continues:

Being born male or female comes with ethical and moral responsibilities, blessings, and constraints — by God’s design and for the purpose of image-bearing. Because creation is an identity issue, my feelings — no matter how deep, abiding, or original to my conscience — are not my identity or descriptive of what kind of Christian I am.

In other words, no matter how real reality is, it isn’t really real unless it matches up with her understanding of the Bible. What Butterfield overlooks is that she is basing her argument on her feelings about the Bible. She is confident that her interpretation is the right one. She feels strongly about it. Her feelings are more right than the feelings of the woman she is talking to. She believes that God’s design for most people is normative for all people. No exceptions are allowed. The fact is that some people are naturally different than the norm. No matter how strongly she feels that such exceptions shouldn’t exist, they do.

No, friend. I am not in a mixed-orientation marriage and neither are you. This false category banks on modernism’s magnetism to personal pain as proof of purpose. Like Frankenstein’s creature, modernity’s identity is piecemealed from the unconverted woman that you once were. But gospel identity calls us to the future. Jesus always leads from the front of the line. If you are in Christ — and I believe that you are — then you are a new woman. You have a Galatians 2:20 identity. If you are in Christ, then you are in the process of being sanctified (Hebrews 10:14). You truly are who you will become when you are glorified one day.

The denial of sexual orientation leads to a denial of the present. The woman Butterfield is talking to is living in a body and brain right now, not “one day” by and by. She has a husband she can’t bear to be with and a conflict that is real in the present. She needs something more than it will be well someday.
I do agree with Butterfield’s caution about ending a marriage. What I advocate for in this post is honesty and reality not broken homes. Many couples I have worked with keep their marriage but with real and honest expectations. Furthermore, they do so after an extended period of examining their beliefs to determine that they want an intact marriage more than anything else. If they don’t have those beliefs, then they may peacefully and amicably part ways.

However, probably the worst advice I have ever read for same-sex attracted people is what comes next:

Your lot has fallen in pleasant places (Psalm 16:6). Pray for eyes to see this. Recommit yourself to one-flesh love with your husband. Pray together that your hearts would be knit together through Christ. Make time to talk honestly with your husband about how your body works. Show him. Make time to preserve your marriage bed as a place of joy and comfort and pleasure. Have sexual intercourse often. This is God’s medicine for a healthy marriage. One-fleshness is certainly more than sex, but it is not less than sex. Your husband is not your roommate. Treating him as such is sin.

Forced intimacy is not intimacy. I can only imagine the horror of a person hearing these words. I have counseled numerous survivors of this kind of advice. What this does is ruin a person for any kind of intimacy, same-sex or opposite-sex.  Maybe some people can hear this, but to me, this sounds cult-like. Channeling early Mark Driscoll, Butterfield instructs this woman to allow her integrity to be violated in the name of God.
The Nashville Statement is supposed to be all about rightly ordered sexuality. I can’t see how a person entering into coerced intimacy reflects this. Butterfield very clearly tells this woman she sins if she doesn’t have sex against her will. This advice doesn’t even pass the test of her fellow Nashville Statement signer and Council for Biblical Manhood and Womanhood president Denny Burk’s criteria for ethical sexuality. In his book What is the Meaning of Sex, Burk wrote:

We ought to evaluate the ethics of any sexual act on the basis of its ability to encompass the four purposes [of sex]: consummation, procreation, love, and pleasure.

Butterfield’s kitchen table friend said she didn’t love her husband and derived no pleasure from the experience. How then is sex against her will an ethical act?
I hope DesiringGod.com reconsiders this article and removes it before anyone takes it seriously.