After my post yesterday about Fellow Patheos Blogger Pastor Mark Driscoll’s citation issues, reader and college prof Aaron New sent along an example of another problem in Driscoll’s most recent Patheos blog post.
The post, “What is the Bible? Answering 4 Common Questions About the Bible: Part 1,” largely comes from his book with Gerry Breshears, Doctrine: What Christians Should Believe. To his credit, Driscoll alerted readers to that fact at the end of the post.
More troubling is the lack of quotes and citation for the following section. From yesterday’s post: 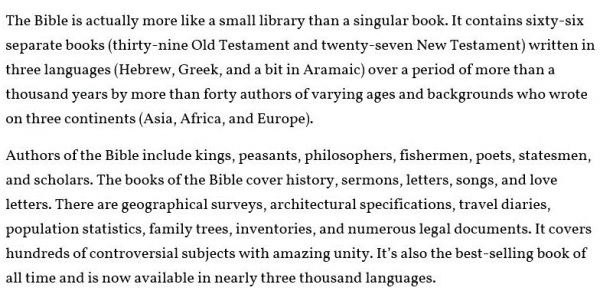 Now take a look at a book first published in 1997 (2nd edition in 2009) written by Aubrey Malphurs and titled, Ministry Nuts and Bolts: What They Don’t Teach Pastors in Seminary.  On page 190 of that book, Malphurs provides the following description of the Bible. The portion of interest begins in the third full sentence of the paragraph below. 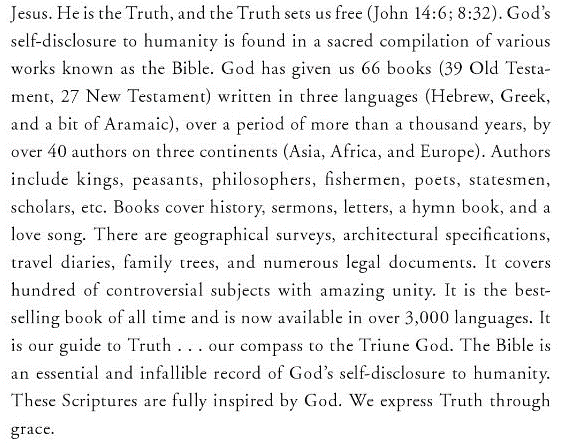 The passages are nearly identical. Even though the facts are commonly known, the order, wording, and presentation of those facts are nearly the same in both places. The Driscoll and Breshears book has a 2010 copyright date; Malphurs’ book shows two copyright dates, 1997 and 2009. Most of the Malphurs’ material is also in the Doctrine book, but a couple of the copied sentences are only in the Patheos blog post.
Readers, I will leave it to you to draw your own conclusions. I report, you decide. Just to make it clear, below is the Patheos blog post passage with the identical material underlined. What is not underlined is only slightly reworded. Only a very few additional words were added. 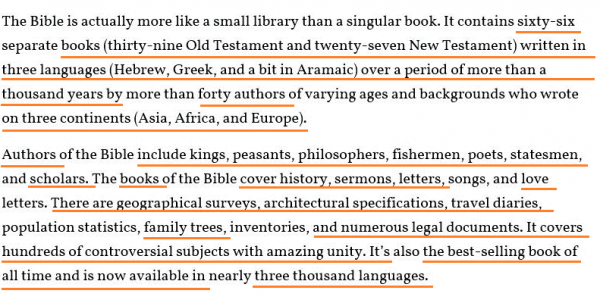 There may be more instances like this. I only examined two paragraphs in the Patheos blog. I think some explanation should be forthcoming for why the water that was under the bridge is now gushing forth in this new season.