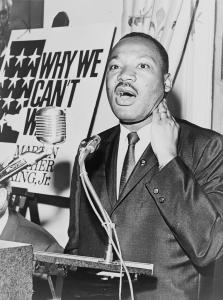 Dated April 16, 1963, Martin Luther King wrote a letter from jail in Birmingham during the non-violent campaign there. In the letter, he defended the strategy of non-violence used in the Birmingham campaign.
One of the striking elements of the letter is King’s disappointment with the white clergy in the South. If I could paraphrase King for today, I might ask the Trump evangelical advisory board, “Who is your God? Where are your voices of support when the president said fine people rallied with Nazis and white supremacists?” 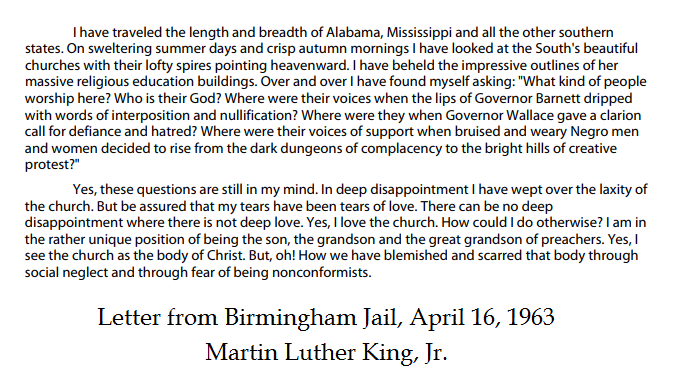 Today, Donald Trump disbanded his group of CEO business advisors because many of them resigned over his remarks yesterday about Charlottesville. Not one of the evangelical advisory board resigned, nor did any of them condemn the remarks.  Is this how it is going to be? Is silence in the face of evil how evangelicals of this age will be remembered?