Influences on the Constitution

As in past sessions, there was no mention of the Bible or religion as a factor in support or opposition to either plan before the Convention.
An influence I haven’t mentioned in past posts shows up today: the people. While I have noticed in my reading an occasion reference to citizen acceptance, that factor jumped at at me today from the opening comments by New York delegate John Lansing:

In Committee of the Whole, on the Resolutions proposed by Mr. PATTERSON and Mr. RANDOLPH, — Mr. LANSING called for the reading of the first Resolution of each plan, which he considered as involving principles directly in contrast. That of Mr. PATTERSON, says he, sustains the sovereignty of the respective States, that of Mr. RANDOLPH destroys it. The latter requires a negative on all the laws of the particular States, the former only certain general power for the general good. The plan of Mr. RANDOLPH in short absorbs all power, except what may be exercised in the little local matters of the States which are not objects worthy of the supreme cognizance. He grounded his preference of Mr. PATTERSON’S plan, chiefly, on two objections to that of Mr. RANDOLPH, — first, want of power in the Convention to discuss and propose it; secondly, the improbability of its being adopted.
1. He was decidedly of opinion that the power of the Convention was restrained to amendments of a Federal nature, and having for their basis the Confederacy in being. The acts of Congress, the tenor of the acts of the States, the commissions produced by the several Deputations, all proved this. And this limitation of the power to an amendment of the Confederacy marked the opinion of the States, that it was unnecessary and improper to go farther. He was sure that this was the case with his State. New York would never have concurred in sending Deputies to the Convention, if she had supposed the deliberations were to turn on a consolidation of the States, and a National Government.
2. Was it probable that the States would adopt and ratify a scheme which they had never authorized us to propose, and which so far exceeded what they regarded as sufficient? We see by their several acts, particularly in relation to the plan of revenue proposed by Congress in 1783, not authorized by the Articles of Confederation, what were the ideas they then entertained. Can so great a change be supposed to have already taken place? To rely on any change which is hereafter to take place in the sentiments of the people, would be trusting to too great an uncertainty. We know only what their present sentiments are. And it is in vain to propose what will not accord with these. The States will never feel a sufficient confidence in a General Government, to give it a negative on their laws. The scheme is itself totally novel. There is no parallel to it to be found. The authority of Congress is familiar to the people, and an augmentation of the powers of Congress will be readily approved by them.

Lansing worried that the Randolph plan delegates were going beyond their mandate and that the people in the states would never accept a strong national government. The perception of what citizens would accept must be considered a powerful influence on the principles of the Constitution.
PA’s James Wilson countered that the will of the people isn’t easily known.

With regard to the sentiments of the people, he conceived it difficult to know precisely what they are. Those of the particular circle in which one moved were commonly mistaken for the general voice. He could not persuade himself that the State Governments and sovereignties were so much the idols of the people, nor a National Governernment so obnoxious to them, as some supposed. Why should a National Government be unpopular? Has it less dignity? Will each citizen enjoy under it less liberty or protection? Will a citizen of Delaware be degraded by becoming a citizen of the United States? Where do the people look at present for relief from the evils of which they complain? Is it from an internal reform of their governments? No, sir. It is from the national councils that relief is expected. For these reasons, he did not fear that the people would not follow us into a National Government; and it will be a further recommendation of Mr. RANDOLPH’S plan, that it is to be submitted to them, and not to the Legislatures, for ratification.

Wilson continued, later referring again to the illustration of Britain.

But it is a lesson we ought not to disregard, that the smallest bodies in Great Britain are notoriously the most corrupt. Every other source of influence must also be stronger in small than in large bodies of men. When Lord Chesterfield had told us that one of the Dutch provinces had been seduced into the views of France, he need not have added, that it was not Holland, but one of the smallest of them. There are facts among ourselves which are known to all. Passing over others, we will only remark that the Impost, so anxiously wished for by the public, was defeated not by any of the larger States in the Union.

Wilson concludes his remarks with a negative model of the executive branch from Greece and Rome:

On another great point, the contrast was equally favorable to the plan reported by the Committee of the Whole. It vested the Executive powers in a single magistrate. The plan of New Jersey, vested them in a plurality. In order to control the Legislative authority, you must divide it. In order to control the Executive you must unite it. One man will be more responsible than three. Three will contend among themselves, till one becomes the master of his colleagues. In the triumvirates of Rome, first, Cæsar, then Augustus, are witnesses of this truth. The kings of Sparta, and the Consuls of Rome, prove also the factious consequences of dividing the Executive magistracy. Having already taken up so much time, he would not, he said, proceed to any of the other points. Those on which he had dwelt are sufficient of themselves; and on the decision of them the fate of the others will depend.

The session adjourned without a vote on either plan. 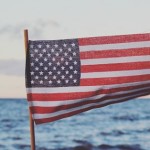