In 2015, nearly 50 staff and families, many in key positions, left Gospel for Asia.
In a website project of some of the former staffers — Donor Be Wise — the exodus is described in detail. 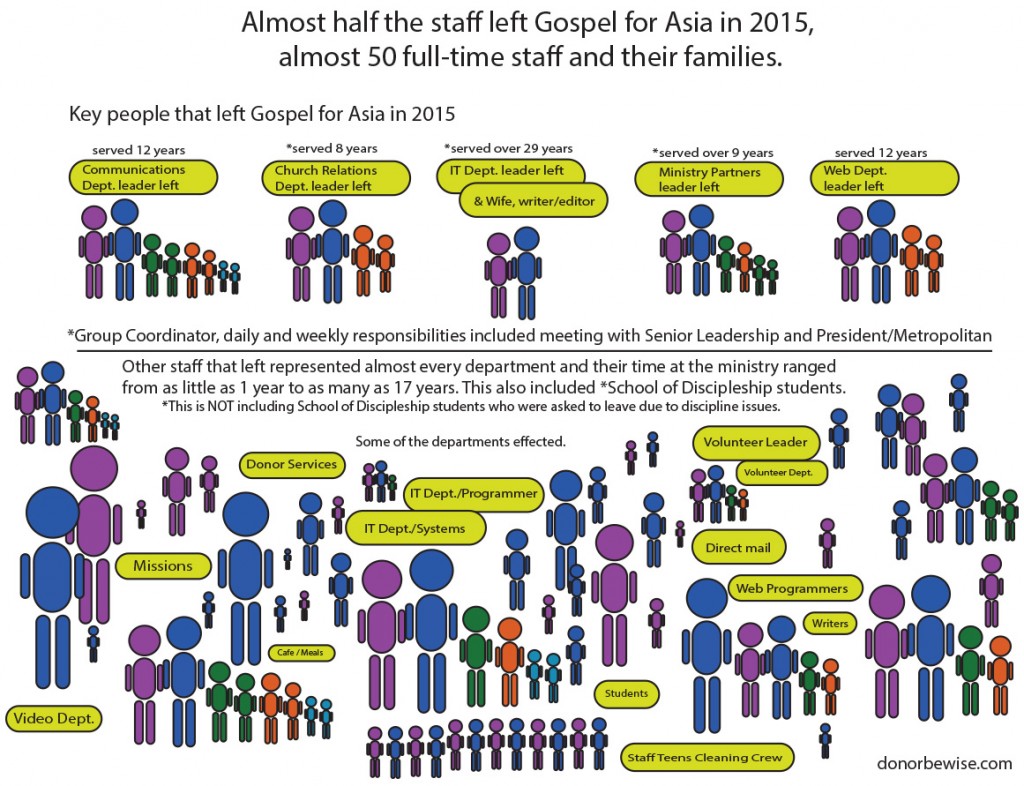 This extreme turnover is a signal that something is very wrong at GFA. Regular readers of this blog will know that there is much wrong with the second largest mission group in the country.
The post concludes with just some of the concerns that have prompted GFA staff to seek work and ministry elsewhere.

The reasons so many staff left are many, yet one only has to read through some of the materials published to draw some conclusions as to the climate of the office leading up to the many public reports. Sadly some current staff have chosen not to read anything that has been published.

GFA’s board has not addressed this dire situation. Instead, their response has been to blame bloggers and admit vague inefficiencies. GFA has also spent loads of donor money on a campaign of public relations. For instance, in the face of the recent drought in India, GFA has spent a meager amount on supplying water while inflating their image at home.