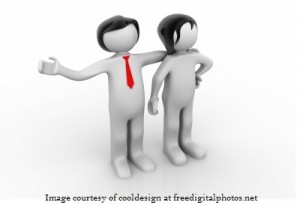 Yesterday, Salon’s Tracy Clark-Flory examined mixed orientation marriages as a possible new political statement against same-sex marriage. The article was triggered by the amicus brief filed by a Utah attorney on behalf of some people in mixed orientation marriages. She also interviewed me for the article and I am quoted extensively.
While my survey results are still unpublished (I keep getting distracted), the study has helped inform my views on the subject. Some essentially same-sex attracted men and women fall in love with a member of the other sex. While most of these marriages deal with issues other couples don’t have to address, there are many who are quite satisfied with the arrangement. They are not of necessity loveless, passionless marriages. However, the vast majority of these people don’t develop attraction to the other sex in any general sense. The baseline attractions remain about the same. On average, the people I surveyed demonstrated more same-sex attraction, not less.
In my opinion, there is no political benefit for any side in these results and I hope “mixed orientation marriage” doesn’t become the new “ex-gay.” Ex-gay became a political weapon and the political demands turned ex-gay into a caricature. In my view, the experiences of these couples have no relevance to the Supreme Court’s deliberations.